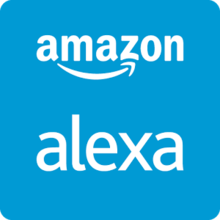 Amazon’s vice president for Alexa and Echo, Toni Reid recently said in an interview, that they have worked with Microsoft before to optimize Alexa voice assistant, and now they are working to promote cooperation with Apple and Google.

Reid also mentioned that Amazon has currently employed 5,000 people for the Echo smart speakers and Alexa voice assistant research and development. They hope to be able to work with the world’s best developers to improve the function of Alexa, even though they are direct competitors of Amazon. At the end of August this year, “New York Times” revealed that Amazon plans to cooperate with Microsoft, and are planning the joint launch of the new voice assistant. This new voice assistant will combine Alexa and Cortana organically and allow each other to complement each other.

Previously, Microsoft had been hoping that developers could develop some of the unique features of Cortana. But in fact, many Cortana users use Alexa to get to the relevant features, which is much beyond the expectations of Microsoft, so it makes sense to cooperate with Amazon. At present the smart voice assistant market has become a competitive market, and Amazon’s and Microsoft’s decision to cooperate has surprised many people.