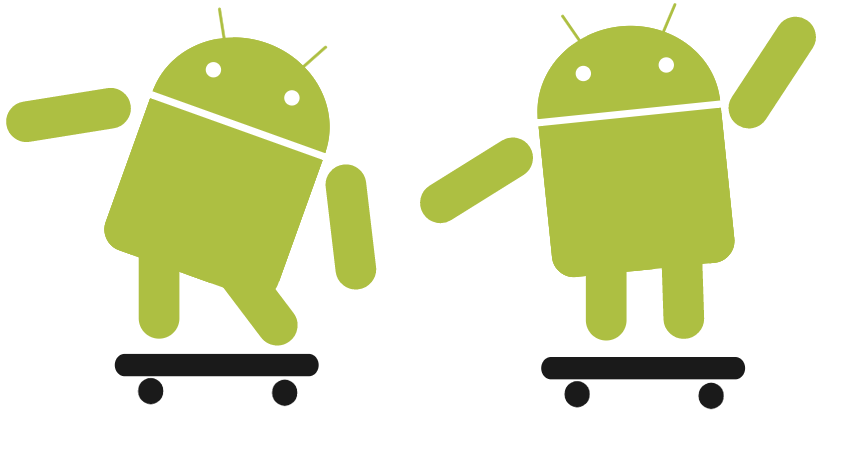 Finally the day, Google has been dreaming about and Microsoft dreading has approached. Google’s Android took lead against Microsoft’s Windows and overthrow it from its perch as a top OS, on which it had been ruling for as long as anyone can remember. The internet exploded with this news as the famous statistics generating website stats counter released the following graph, which accentuates the fact that Android overtakes Windows as the Top operating system. 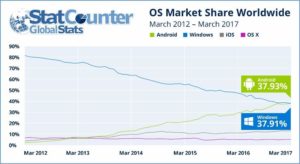 The stats counter has determined the popularity based on the combined use of the OS on all devices including Desktops, Laptops, Tablets, and Mobiles. Based on the statistics, Google is now on the lead with its Android OS having the market share of 37.93 percent while windows come on a close second with the market share of 37.91 percent. Although it is a very minor lead but the main thing is that it is expected to grow very soon. With leading mobile companies like Samsung and Huawei thriving on the Android, windows had a tough time competing with it.

Although on the desktop front, windows is still the leader, with almost eighty percent of the market share, however the excessive use of smartphones and smart devices has led Google to win over in the race for the top OS. Apple comes behind Google. In the coming years it is expected that the contender will be Apple’s IOS and Google’s Android. As the smart phone and tablets market has been fully dominated by these two Operating Systems.

However there might be hope for Microsoft in newer fields like virtual reality, augmented reality or mixed reality where Microsoft has the pioneered in making the device like HoloLens. The HoloLens are based on Windows 10 OS and Microsoft has been trying to make breakthrough in this technology by providing it to everyone.

Do you think Android deserve to get the top perch in the race for best OS. Share your views by commenting below.