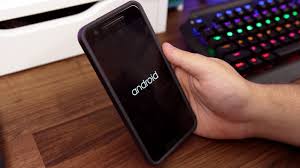 Google’s latest statistics show that Europe and the United States has more than 0.6% of mobile phone users who run Andrews 7.1. According to XDA, developers in Andrews 7.1 found a hidden feature called the panic detection mode, which has never been mentioned in Google’s official documents.

Although the name is very strange, in essence, it is more like the Windows system “safe mode.” The working principle of this model is based on detecting the frequency of using the return key at a certain time, for example, if there are four consecutive times in 0.3 seconds, it will be activated. As a result, Android will force the APP to exit the system. Developers said the purpose of the panic detection mode is to prevent malicious software. They think that if a user is so desperate to quit an application, it must be having an adverse impact on the system. The implementation must be lauded as most users press the back key when they want to shut down an application.

However, this feature isn’t available for all Android versions right now. Only the users of Android 7.1 Nougat can enjoy the panic detection mode at the moment. The mode must be enabled first. It is safe to say that Google has more work to do in this mode until it is made available for all versions of Android. Either way, it is a good move to keep devices safe and secure.