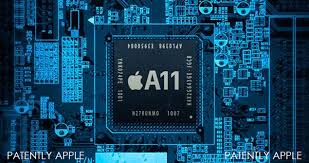 Apple plans to develop its own processor for Mac laptops to replace the current Intel processors, according to the Japanese media. In addition to the processor, Apple may also begin independent research and development of mobile phone baseband, to get rid of Qualcomm control.

The media quoted two industry insiders that Apple hopes to reduce the dependence on Intel. It will be introduce in the future a notebook computer processor based on the ARM architecture. Laptops are getting thinner, consumers need better mobility and longer battery life, which is a great opportunity for energy-efficient ARM architectures. So far, Intel x86 processors have dominated the PC and notebook markets for decades, because they have a strong computing power. But in the mobile device market, ARM controls about 95% of the share.

Insiders said, keeping in view the iPhone 8 and the strong performance of its A11 processor, Apple’s consideration of the development of notebook processors is not surprising. Test results show that based on the A11 processor iPhone 8 in some aspects of the performance has gone beyond Apple’s high-end MacBook Pro laptop.

The industry also said that in addition to notebook processors, Apple also plans to develop Modem chip for the iPhone, as well as an integrated touch, fingerprint and display driver chip.