Apple Internal Leaked Memo Can be about iPhone 8 release 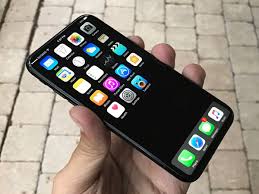 Now that the whole world is awaiting the release of iPhone 8 because of a lack of any other big flagship phone’s worldwide release not lined up for recently. Even the smallest of news related to iPhone 8 release is enough to send waves of excitement throughout the world of tech and mobile gadgets. The recent leaked memo from Apple has much to be excited about.

The most recent leaked news confirmed a big event being lined up for upcoming months from mid-September to the 4rth of November. The staff has been issued the leaked memo which states that no one should take vacation during the period because of the huge event being lined up and important product releases. Now among the known products the release of iPhone 8 would be the biggest news for Apple fans. And we can hope that among the other product launches one of the launch is of the Apple iPhone 8.

Another thing that the leaked memo might be about, that would be more exciting than the release of iPhone 8, may be a completely new product. We know that Apple has been working in the field of Augmented reality and a product is expected soon that will expand the boundaries of the emerging Augmented reality field. It may be glasses or some other type of head gear. We know that Apple likes innovation and leave its customers in an Awe. So whatever the news maybe we can surely be ready to get all hyped up for it.

Are you excited for the new upcoming iPhone 8? By when do you think Apple should release it? Let us know by commenting below.