Apple Wants Its Products To Be 100% Environmental Friendly

Home » Blog » Apple Wants Its Products To Be 100% Environmental Friendly 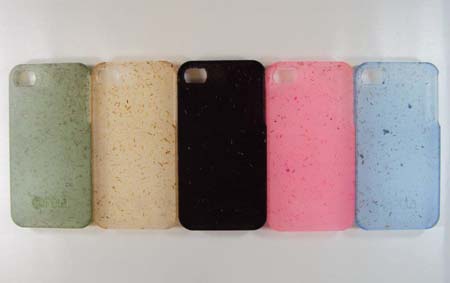 The US computer corporation Apple claims to be working on its products in the future as fully as possible from recycled raw materials or at least to produce from renewable materials. Apple wants to take responsibility for environmental protection and wants an eco-iPhone as soon as possible.

In an interview with the Australian news.com.au portal, Lisa Jackson, who serves as Apple’s vice president of environmental policy and social initiatives, said they were committed to making their products 100 percent recycled as soon as possible or at least to use renewable raw materials. At this goal you work under high pressure, she announced.

Jackson used to be the head of the US Environmental Protection Agency (EPA) under US President Obama and has long committed himself to the goal of a “circular economy”. To her knowledge, Apple is the only electronics company committed to producing all its products from renewable or recycled materials. While there is much talk about the recycling of electronic products, the material is not necessarily used for new electronic products.
Also Read: Next Year’s iPhone Will Be Equipped With Quasi 5G Chips, Mostly From Intel

The ultimate goal is to create devices that last as long as possible, are “good for the planet,” are recyclable, and can be used to make new devices where possible, Jackson said. As an example of Apple’s commitment, the manager led, among other things, the data center operated exclusively by the Group since 2012 for the first time with renewable energy as well as the “low-carbon aluminum” used in the iPhone 8.

In fact, Apple recently won praise from the human rights organization Amnesty International for being the only one of the large companies surveyed to take “adequate” cobalt procurement measures to manufacture lithium-ion batteries from “conflict-free” sources. Apple is trying to reduce its dependency on cobalt mines, where children may work.

However, Apple is also often criticized for the increasingly complicated design of its iPhones and other products that make it difficult to repair by third parties. Jackson defended this by arguing that only Apple’s in-house and certified repair providers could ensure environmentally sound handling of defective products.