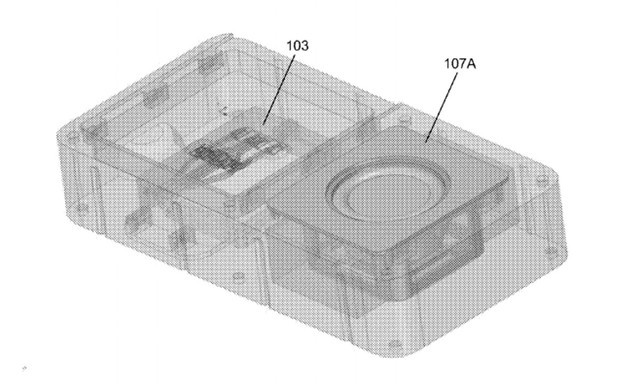 The good thing about modular phones is that you can add external modules to achieve more with a phone. This way your phone can serve as a projector, a speaker, and many other things. Motorola has done it before, and Google Project Ara aimed to create modular phones too. Now it seems as if Facebook is interested in creating a modular device.

A patent application published by Facebook on Thursday shows a “modular electromechanical device” that can have a microphone, speaker, touch display, GPS, and can even function as a phone. Users can use their own needs to deploy mobile phone configuration, maintenance can also be broken directly to the module, the operating costs will be much lower than the current high-integrated design.

Although this method can improve the playability and innovation, earlier, Google also has also tried doing the same with Project Ara. However, Google suspended Project Ara. It seems like Facebook has a new found interest in modular equipment now. There is news that Facebook has departments are developing a small modular device. Facebook’s consumer hardware lab “Building 8 Group” has plans to develop an intelligent modular device similar to Project Ara.This equipment is mainly for machine learning, artificial intelligence and shooting services.

If you look at the patent photo, you can see the modular device doesn’t really look like a smart phone. It has more of a simple speaker like structure. There is a processor-like place under the speaker. It basically looks like a separate module. Earlier, Facebook had acquired Nascent Objects, which is a startup. The company was mainly related to 3D printing before the project. In addition, Facebook will bring in Project Ara team’s old members into the “Building 8 Group”. Bernard Richardson, who was in charge of the Alexa project in Amazon, has also joined Facebook Building 8. So, it is not yet clear which type of hardware products does Facebook really want to create. Nascent Objects has joined because it has the ability to quickly produce replaceable modules. But that does not mean that this is what they will do for Facebook. Facebook has previously worked with HTC and launched a device called HTC First. The main part was an app called Facebook app which wasn’t received well by people. Facebook and social networking were the highlights of the phone and it was integrated into the OS. The device depended on people’s usage of Facebook. Because of poor user experience and other issues, no new versions were launched. You can no longer download the app.

This time around, Facebook wants to make consumer hardware. In the end, it might have an intelligent assistant too. It is crucial to remember that Facebook submits many patent every year and not all these patents result in products.