The Future Mode Of Device Interaction Would Be Gestures, Not Touch Screens, Hints Google

Home » Blog » The Future Mode Of Device Interaction Would Be Gestures, Not Touch Screens, Hints Google 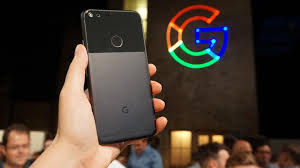 There was a time when we used our key pads. Now key pads seem so old dated. Our devices our touch screen. But since Google is so futuristic, this is about to change! According to the patents Google has applied for in the US, it seems as if gesture interaction would be the next big thing! Google has applied for a number of patents on gesture operations. Many analysts believe that Google will apply for a number of patents to operate the gestures, mainly because they want to be able to cancel the touch screen and change the mode of interaction to gestures.

Google’s patent is regarding “the use of space-aware gestures for device interaction”. The patent application materials was submitted this week. Compared with some of the previous technology, Google’s patent application is more complex. At the same time, in addition to the system preset gesture operation, Google’s new patent can also identify the user’s own new gestures. Google’s gesture control technology also have a certain learning ability, which is the highlight of the patent.

In fact, Google’s gesture operation patent research and development has been going on since a long time. In May 2015, Google had disclosed the relevant projects. This project is from Google’s Soli team. In the words of Google : “Soli is a new sensing technology that uses miniature radar to detect touchless gesture interactions. Soliis a purpose-built interaction sensor that uses radar for motion tracking of the human hand”.

What do you think about Google gestures? Let us know in the comments below!