Fake news is so common the web. It goes viral and creates misunderstandings and frenzy. Fake news can be very dangerous and misleading. Previously, Facebook introduced a measure to combat fake news. Now, Google is on it too. 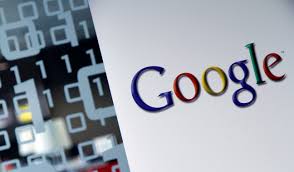 Google has announced its first attempt to fight the movement of “fake news” on its search engine with the help of new tools that will allow users to report misleading and/or offensive content. Google has also pledged to improve results that are generated by its algorithm. Google said it would let people make complaints about deceptive, incorrect or hateful content in its auto-complete function. The auto-complete function which suggests searches on the basis of the first few characters typed by the user. Google also said it would filter its search engine to “upgrade authoritative sources and downgrade low-quality content. Google acknowledged that it has taken these measures to fight fake news floating on the internet.

Ben Gomes, who is the vice-president of engineering at Google Search, said in a blog post:

In a world where tens of thousands of pages are coming online every minute of every day, there are new ways that people try to game the system,. The most high-profile of these issues is the phenomenon of ‘fake news’, where content on the web has contributed to the spread of blatantly misleading, low quality, offensive, or downright false information.

He added that Google has designed the user feedback to add clearly labeled categories which will let users inform Google directly about sensitive and unhelpful content. The results will let Google change the way pages are ranked in search results.

About the changes to its search algorithm, Gomes said:

We’ve adjusted our signals to help surface more authoritative pages and demote low-quality content … so that issues similar to the Holocaust denial results that we saw back in December are less likely to appear.

The news of the importance of Holocaust denial was first reported by the Observer. Google also promised to open up over how it would make such decisions in the future, although there remained criticism over its lack of transparency. The change seems a little vague yet and more clarity is required. The changes have come after many months of pressure on Google because of low-quality and hateful results in Google’s search products, which includes autocompleting suggestions that promote the notion that climate change is a hoax. Google has also been accused of spreading extremism. In 2016 a search query for “did the Holocaust happen” gave a link to ‘Holocaust denial’ on the racist site Stormfront as its first result. Google will also let users make complaints about the featured snippets, which is Google’s name for answers that appear above the search queries. The featured snippets have also been accused of spreading fake news. Google has taken this step to recover from the backlit it received for spreading and promoting fake news from the media and the public. You can already see some of the changes in the shape of better results. It is not perfect yet, nor will it ever be. But it is a step in the right direction and we can hope to see more positive changes in coming months.

It is a very good step by Google to discourage fake news on the web. Fake news is not just right down obnoxious, it is also a business. Misleading headlines are used by people to make people click on videos and fake items. This earns them views but it makes people lose their time.

What is the most outrageous fake news you have seen on the internet? Share with us in the comments below!