With the widespread and far reaching web of the social media, many concepts that were a dream have become a reality. Having a discussion on a mutual topic of interest between people from all around the globe on a shared platform was one such dream that became a reality with help of a single symbol ‘#’ or the famous hashtags.

It might be confusing to people who are new to social media that why people are using this pound sign so often and why does it appear as a link. You might have seen people using this symbol in really wrong contexts, having no idea how the science of hashtags work. The working is pretty straight forward and after going through this article you would be practically ready to create viral hashtags.

How do hashtags work? 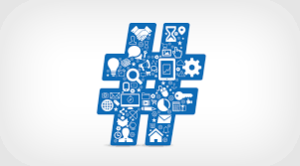 The trend of the hashtags became a rage with the advent of twitter the micro blogging website. When many people were tweeting about one topic, it seemed rational and logical to combine those tweets together that are about one event. This had many benefits. One major benefit was that when people see so many others commenting on a single event, they felt motivated to talk about that event too and share their opinion. This gave rise to the website traffic and popularity. Due to the reply option, conversations could be started that then lasted for a long time.

Another main benefit was that it became possible to gain access to public opinion and real time general trends by checking all the tweets related to an event or a topic. This type of data was useful for advertisement and forecasting. It also was useful in disaster management and control.

So perceiving the manifold uses the hashtags were officially introduced. Whenever you are tweeting, you write a short subject of your tweet after the ‘#’ pound symbol or the number symbol as it is sometimes called. For example #beauty, #footballfinal, #friendsSeasonFinale etc. in this way this hashtag becomes a link and whenever someone clicks it all the tweets that have this hash tag come up in the search result.

Okay so how do your write a hashtag. Start with the ‘#’ number symbol. Then add the topic of your discussion next to it. Do not use spaces because if your use space that is considered as an end of the hash tag. If your hash tag has more than one word, capitalize the beginning character of each word in order to differentiate them from each other. For example #AmandasSweetSixteen. Number are also allowed. They can be in the beginning or the end of the hash tag like #10thingsIHateAboutYou or #FavoriteAdeleSongsTop5. However no punctuation marks or special characters are allowed. No punctuation is understandable because the hash tags are supposed to be very terse and not supposed to be sentences.

More on websites 10 Easy Ways To Speed Up WordPress Website

You can use @ sign if you are directly referring to a specific person or organization. While hash tags are to the general population when you use @, write the name of the person you are addressing after it.

Where can you use hashtags 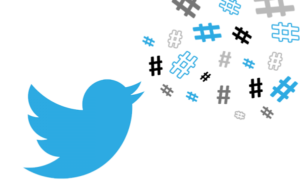 The trend started with twitter, but now hashtags are available on all social media websites. Facebook allows you to add hash tags too. You can type your status and add a #hashtag along with it. you should make the status public so that other Facebook users who are not in your friends list can also view it and comment on it. In the same way photos can also be hash tagged. Add a photo and the in the description part add the hash tag. It will be attached to the photo.

Some good practices for winning hashtags

Remember hashtag is just a subject on which you have to give your opinion. It is not a complete opinion. You can give your opinion in your tweet or status or post but keep the hashtag short and to the point. Hash tags alone do not convey complete meaning. For example #school alone does not convey any meaning #school schools should be closed tomorrow. Now this makes sense that you are trying to give the complete picture.

We see posts that are overloaded with almost a hundred hashtags. This is wrong. Using two or three related hashtags is good enough. It will be enough to get your post get noticed and be a part of the discussion. Using many hash tags will make the post get lesser amount of views than the posts that have few relevant hashtags. On Twitter and Facebook the maximum number of hashtags should be three, however you can get away with more hashtags on Instagram and Vine. Also there is no need to use the same word as hashtag twice in a single post. It won’t increase the value of your hashtag in any way.

Now that you know about the meaning and working of hashtags, you can create your own or search for trending hashtags to know what the people are talking about.

On which social media site do you use hashtags? Do you think using hashtags with your posts is a good idea. Do share your views with us in the comments section below.