HTC U11: A Phone SO Good You Can Squeeze It! 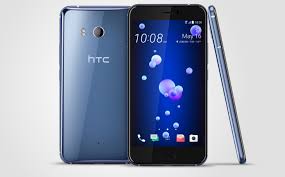 HTC has launched a very unusual phone. HTC is a Taiwanese company. The HTC UQQ is their answer to Samsung Galaxy S8. HTC U11 is very different from all the smartphones you see around. You can squeeze this phone! HTC is hoping this would be a new kind of interaction. They think they will go down in history with mouse and touchscreen.

HTC U11 has many sensors embedded in the lower half of the metal frame. If you apply pressure to them using your thumb and fingers, you can acomplish tasks like starting an app, capturing a picture, or recording audio. HTC calls this feature Edge Sense. Once you are past the uneasiness of squeezing a phone, you will see it is very reliable and very natural. HTC U 11 supports different levels of grip perception, so users can choose to adjust to the most comfortable grip. If you put pressure on the phone frame, HTC U 11 will pop up application shortcuts. HTC U11 will be equipped with 5.5-inch 2K-level display, and equipped with Xiao Long 835 processor, with 4GB / 6GB RAM +64 GB / 128GB ROM storage portfolio. While the 16 million pixel front camera is said to use the Sony IMX351 sensor, and 12 million pixel main camera rumors using the Sony IMX362 sensor and equipped with F1.7 large aperture lens. In addition, the machine also has pre-installed Android 7.1 system, and equipped with BoomSound audio technology and has a dual speaker. If you recall, we all have struggled to open the camera when using one hand to operate our smartphones. The squeeze functionality of HTC U11 will solve this problem really well. It can be a lot more useful curved edge screen of Galaxy S8. The squeezable parts of the lower frame will give you haptic feedback to tell you are pressing the right parts of the frame. You can also turn on on-screen visual effects for further reassurance. You can alter the squeeze pressure too. HTC has said that algorithms can detect and ignore “false squeezes”, which are, for instance, triggered by pockets. You can also use Edge Sense to launch Google Assistant from the lock screen. HTC thinks that saying OK Google might not be viable at all times, and sometimes a little squeeze could work better. But, this can be a bit confusing too. Just like Samsung, HTC believes the world is moving towards a hands-free future.  The HTC U11 also has Amazon’s voice assistant, known as Alexa. Both the assistants are listening all the time. Users will have the option to choose both of them, none of them, or one of them. HTC thinks that Google Assistant is the better option when you are out, and Alexa works better at home. The Google Assitant will already be there on the U11, but Alexa will be available on the Play Store from July. The Huawei Mate 9 also has both the assistants, but the U11 has gone a step further. HTC has also included its own voice assistant, called Sense Companion on U11. It is like the Google Assistant. It will look after things such as notifications and daily schedule. The U11 will come with Baidu DuerOS in China. It is also a virtual assistant that is voice based. It is a good idea to prove many options, but perhaps HTC has gone a bit too far. So many assistants can cause confusion. It is also reflective of HTC’s current situation, which is lagging behind Apple, Samsung, and OnePlus. Maybe HTC thinks it needs to do something extraordinary to up its game. Design wise, HTC U11 is pretty good looking. It is smart but it is not stunning. It has a very glossy shell to get rid of fingerprint marks. This might put some customers off.

What do you think about HTC U11? Do you think the squeeze feature has any usability? Share with us in the comments below!