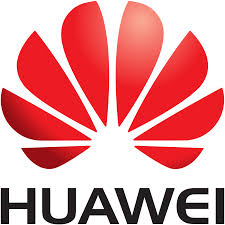 According to foreign media Android Authority reports, the domestic smartphone shipments analysis report was recently released for the first quarter of 2017.The report once again referred to the excellent results of Huawei mobile phones. Huawei regained the lead in the first quarter sales, shipments reached nearly 21 million units, accounting for 21% of the total mobile phone market share. OPPO and Vivo ranked second and third, the market share accounted for 17.8% and 17%.

Also Read: Huawei P9 – Is Huawei Working on it?

Android Authority reported that in the first quarter of 2017 China’s smartphone market shipments reached 114 million, compared with the same period last year. The shipments increased by 9%. Huawei has regained the lead in sales, Android Authority that this is mainly due to Huawei P10 and P10 Plus, The release of these two phones have improved the overall sales of Huawei mobile phones.

At the same time, the International Data Corporation (IDC) April 27 released a quarterly track report of mobile phones. Global smartphone manufacturers shipped a total of 344.4 million units, and Huawei has successfully achieved the third position in the global ranking. With P series and Mate series of mobile phones, Huawei once again consolidated its position in the high-end market.

Last year, Huawei CEO Xu Chengdong in an interview also once again referred to the future development of Huawei. He said that Huawei has increased its ranking. He said Huawei needs to catch up and do even better. He said that getting a good reputation is a long process.

Yu Chengdong that Huawei’s achievements today is because of the high R & D investment and Huawei prefers putting profits back into research and development, instead of marketing. He also revealed that Huawei’s R & D investment last year was more than100 billion US dollars, second only to Samsung. When it comes to emerging markets such as India, Yu Chengdong said that Huawei needs to pay attention to the market price.