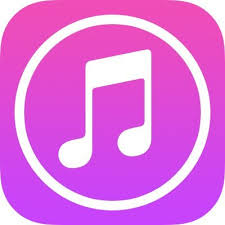 Apple Inc. just released the newest iTunes update. With the release of new Apple products, including ipad pro and iphone 7 and iphone 7 plus comes another updated from Apple Inc. iTunes update 12.6 is now available online and you can update your software from the Apple store.

The newest iTunes update called itunes 12.6 finally adds a feature in itunes that people have been looking forward too. It enhances the video rental experience for the users as now you can watch the rented video on any device. Earlier users were restricted to watch the video or TV show that they rented on a single device from which the rent out had been made but now it is not the case. This watching on screen was a great nuisance because now people want to watch their favorite stuff on the go. They can watch it on ipads, mobile phones or any other device. This restriction of watching on one screen only was a liability and hindered the process of easy watching. There is also some performance and efficiency upgrade but the main feature added is just as mentioned above.

A little about iTunes

iTunes is a widely used multi-purpose music centered application from Apple. It was once used for playing and downloading music legally only. Now it has many other functionalities too. It is a media player and a huge media library too. The online library of itunes is huge and you will find almost everything here that you might be looking for. The newest music is updated and released officially on iTunes as soon as it comes out. If you want the best and most hip music player, itunes is the answer you. It is the largest online music store and was named as iTunes Music store or simply itunes store. By 2003 it was reported the more than 6 billion songs have been downloaded from itunes.

It is also a radiobroadcasting application where there are a number of stations where you can tune into. Itunes radio came in 2013. It was not the only radiobroadcasting service even at that time and had obvious competitors like Spotify, Pandora radio, slacker radio and several other radio broadcasting based Apps. The itunes radio is available in two versions. The paid version is which ad free and the unpaid where you have to sit through a number of ads. Despite the competition it became hugely popular, especially because of the immense popularity of Apple products like ipods or ipod nano.

It is also a successful video rental and video download service. Now with the new features you can easily rent the videos and store them on any other device or later viewing.

Itunes is available for iOS, MacOS and windows operating system. It does not run on Android but you can transfer your downloaded songs and videos to android device by manual copy and paste via a flash drive.