Kaspersky Launches A Free Antivirus For The Whole World 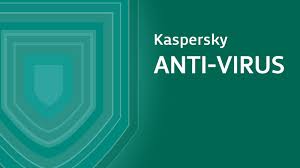 According to reports, recently well-known Russian security company Kaspersky Lab issued a notice. It said Kaspersky will officially launch a free version of their anti-virus globally. The free version of the antivirus software will soon be available in the United States, Canada and part of the Asia-Pacific region. Other regions will also get the free antivirus very soon. Users will be able to download and install it free of charge.

The founder of the company Eugene said in the official blog of Kaspersky that they have introduced a free version of the anti-virus software, mainly to allow more users benefit, rather than replace the original paid version. This security software only retains e-mail and network security and automatic updates and other functions. At the same time, this free version of the antivirus software also improves the application of the machine learning technology, which for many users is essential.

But in recent months, Kaspersky has encountered some problems. In June, Kaspersky complained to the European Union and the German antitrust agency, Federal Cartel Board, claiming that Microsoft Windows 10 disrupts anti-virus software to impede fair competition. However, Microsoft’s spokesman said in a statement, Microsoft’s primary purpose is to protect the user’s security.

As a reply to Kaspersky, Windows10 system makers say that the software is not compatible. Kaspersky said that after Microsoft has given a compatible window time of a few months, and now shortened to a few weeks, the practice is too overbearing, Kaspersky thinks Microsoft is being unfair to third-party anti-virus software developers. At the same time, the United States has given Kaspersky a letter of no confidence. The reason is very simple, i.e the relations between America and Russia. The US government removed Kaspersky from two categories of government approval procurement lists, which relate to government procurement of IT services and digital optics. As for the purchase of Kaspersky products, the US government gives the reason that Kaspersky is unclear whether it is related to the Russian intelligence service.

The free version of the Kaspersky antivirus is called Kaspersky Free. Obviously, it does not have the premium features. Premium features can be bought for an annual price of $50 per device. It also comes with a virtual private network (VPN), protection for online financial transactions, and parental controls.