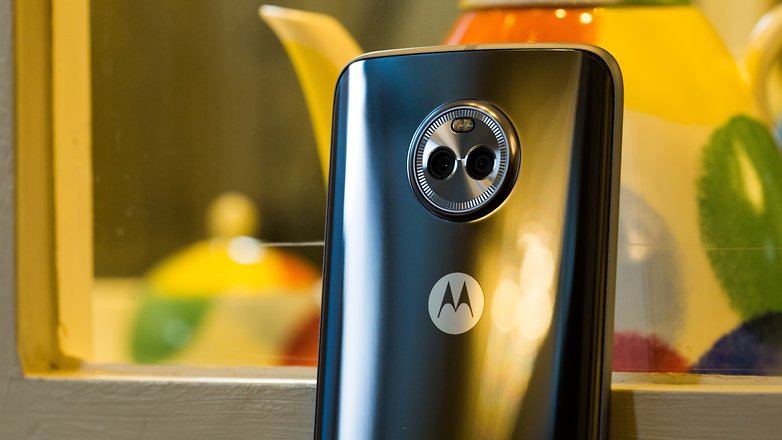 Finally the Lenovo Motorola Moto X4 Review is here. Lenovo has made the decision to update the Moto X line. Motorolla made this decision after observing that the crowd lined up for Motorola during IFA 2017 consisted of mainly older people. Motorola Moto X4 has been designed to attract young people. The biggest problem that the phone faced was overlapping with some of its devices such as Moto G5S Plus and Moto Z2 Play. So, if you are wondering if you should buy the X4, read the complete Lenovo Motorola Moto X4 review to find out!

Lenovo Motorola Moto X4  has the new Qualcomm processor, namely Snapdragon 630, which is the heir to the 625 CPU which has made Qualcomm quite a fortune in the last 2 years. The processor is slightly more powerful then the past generation of processors, because of the Adreno 508 CPU and more advanced connectivity and ISP. The phone has a 4 GB of lpDDR4 RAM and 64 GB of internal memory. There is also a 3/32 GB variation which costs about 59 USD less. It is recommended to invest money on the pricier one here. As far as the connectivity is concerned, there is LTE data exchange in Cat 13, and the BT 5.0, an NFC chip and FM radio too. The space on the bottom edge is type C with OTG support. The sensors include gyroscope, magnetometer, accelerometer, brightness sensor and proximity sensor. You can also find a fast finger print reader on the front which can also function like a navigation key via gestures.

Unfortunately, the reception is not good. This might be because a modem software part hasn’t been fixed. The phone usually works OK but loses its signal when you are in an open and isolated area and it does not resume until you get back to an area with full signals. The reception problem is a real disadvantage and can make you wonder weather the phone is worth buying. If the problem is related to the software, then it will be solved if Motorola provides updates. The phone is a dual SIM device. The call audio quality is excellent, a bit discreet on handsfree. Apart from that, there are no connectivity issues. The phone is modern and complete in most aspects. 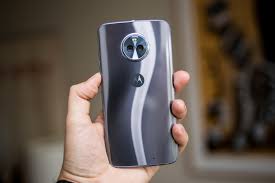 The overall performance is also pretty good and there are no problems. It does well in most situations. The web browsing and gaming experience is good too. Moto X4 has a shiny body, entirely in glass, flashy, beautiful and just as well-filled with dots. The phone is water resistant with an IP68 certification. The frame is made of aluminum and this gives the phone a premium and refined look. Dimensions of Moto X4(148.4 x 73.4 x 8 mm) are not excessive. The shape helps ergonomic, which is very good and capable of delivering a comfortable feel. The display of Lenovo Motorola Moto X4 is a 5.2 inch IPS LCD panel with FHD resolution. It is very beautiful and rich in color. It has a powerful back light too.
The phone boasts of one of the best LCDs in the world. It offers the best screen in this price range. The multimedia is of a good standard but suffers because of the sound emitted by the earphone cap. Although the overall quality is good, the abandonment of the speaker positioned on the board on the Moto G5S does not seem to be a good idea.

Lenovo Motorola Moto X4 has advanced dual cameras. On the back there are 2 cameras of which a 12 mega pixel standard with non-stabilized F / 2.0 and dual pixel autofocus optics, and the other 8-megapixel wide-angle with F / 2.2 aperture. Both can also count on a dual flash LED, especially powerful in torch mode. On the front you can find an additional LED flash and a 16-megapixel cam. The pictures are pretty good but nothing exceptional. This might be because there should have been a bigger opening in one of the cameras. There is no night and day cleaning. The noise is managed well at night but there is always a thread of sharpness and the colors are a bit discharged. The wide-angle camera is a bit bland, firstly because it does not have such a wide angle, and secondly because the image quality drops further than the main one. Overall, the phone is pretty average in the picture department. Videos, just like photos, suffer from low incisiveness. Selfies have a high resolution, both during the night and day. The battery of Moto X4 is 3000mAh and it is excellent. It can even last for 2 full days with moderate use. The camera app is intelligent and it will recognize objects and landmarks and even provide links for more information regarding them.

The phone has Android 7.1.1 with a lightweight, full-style personalization. There is also a Moto app that has “Moto Key”, “Moto Voice”, “Moto Action”, and “Moto Display”. Moto Display and Moto Action are two popular features and let you add many comfortable gestures to varied features. They let you expand the functionality of the ambient display so you can manage notifications easily.  Moto Voice lets you add some extra vocal control with OK Google. Moto Key is really good and lets you manage app and websites passwords with fingerprint. You can authenticate with fingerprint recognition instead of passwords on all applications and data will be kept locally. The same features also include interaction with devices connected to the smartphone, such as PC with Windows Hello.The Lenovo Motorola Moto X4 also has hands-free, built-in support for Amazon Alexa. It will be able to respond to voice commands even when locked. 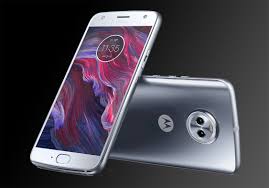 Lenovo Motorola Moto X4 is available for 469 USD. It is a complete phone from Motorola. The phone is pretty god, but undermined by the reception problem. Another problem is that it is pretty similar to the devices Motorola released earlier such as Moto G5 Plus and Moto Z2 Play. Motorola claims that Moto X4 has advanced dual rear cameras so it is a shame that pictures taken are pretty average. The phone is also compatible with Amazon Alexa. The phone is available in Super Black and Sterling Blue.

Also Read: List Of Motorola Devices That Will Get Android O Update And A Shocking Name Reveal!

What do you think about Lenovo Motorola Moto X4? Is it worth the splurge? Let us know by commenting below!

Also Read: Farewell to Sony PS Vita from Sony, no more work to be done on Handheld device