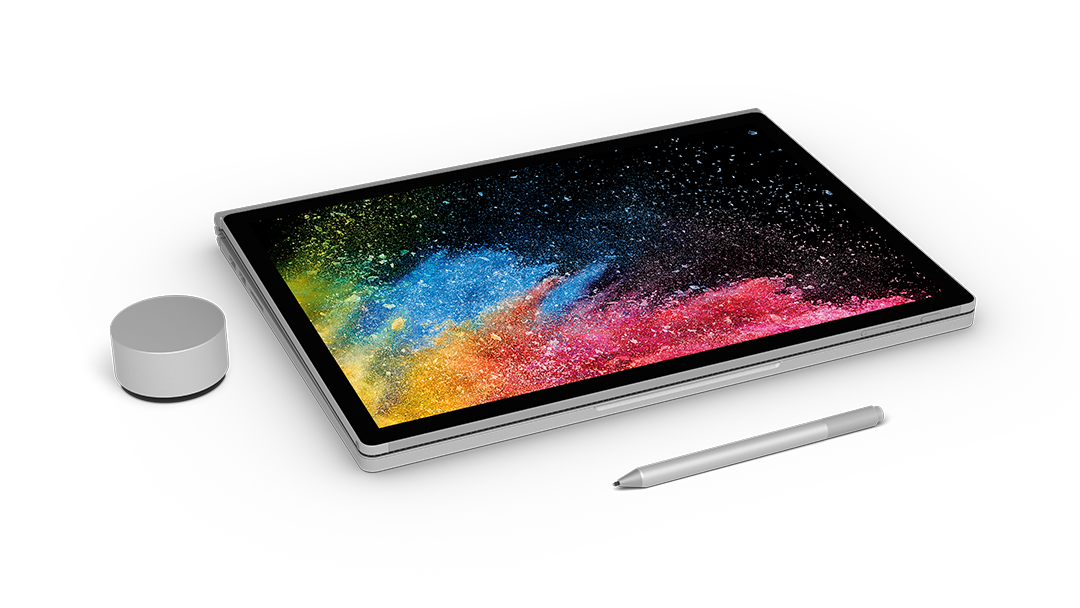 Microsoft likes to promote their new Surface Book 2 with the full-bodied promise that they’ve created one of the most powerful laptops ever. In practice, however, the device reaches its limits because of a compromise in the performance of the power supply, because this simply does not provide enough energy to operate the Surface Book 2 in the 15-inch version permanently under full load.

One could also speak of a design flaw and accuse the company that they are simply not able to supply a sufficiently specified power supply for their new high-end notebook. As the Verge has now confirmed by Microsoft, it can actually happen that the battery is drained when trying to retrieve, for example, the maximum performance of the components installed in the Surface Book 2 with 15-inch display in games.

In a statement, a Microsoft spokesperson said the Surface Book 2 was designed to deliver unmatched performance to anyone looking for a powerful device to work with and create. An option exists in the Surface Book 2 slider to change the operating state intended to give the user as much control over performance and battery life as possible.

In some intense, prolonged game scenarios where the Power Mode slider is set to ‘high performance’, the battery may discharge even though the supplied AC adapter is plugged in. However, an adapted design of the power management will ensure that the battery of the device is never completely emptied. Thus, it is guaranteed that the user can easily continue to work, create or just play. This is what Microsoft said in its statement.

Also Read: Surface Book 2 has been delayed: Could come next year

The Microsoft spokesman does not mention the fact that the device begins, however, to regulate the performance in favor of a lower power consumption as soon as the battery is emptied. Of course, you also have to live with the fact that the battery must first be recharged, so you are limited in terms of mobility. Microsoft always provides each Surface Book 2 with a 95-watt power supply, which may be overwhelmed by the increased maximum power consumption of the device.

If you get the expensive high-end surface, you have to live with the fact that the maximum power is only available for a limited period of time. Switching to the less demanding modes of operation also reduces performance significantly, as Microsoft, of course, slows down the hardware to find a balance between performance and battery life.

Normally, the processor of the Surface Book 2 comes out with a maximum of 25 watts, and under heavy load overclocked the chip. The Turbo Boost concept from Intel is applied accordingly so that it can be required up to 35 watts. Add 70 to 80 watts, which are required by the Nvidia GeForce GTX1060 additional graphics unit, if you ” kick ” the device properly in games. The bill also lacks the consumption of the display and the other components of the Surface Book 2, but only the two parts mentioned let the power consumption rise above the 100-watt mark.

Therefore, about 10 percent of the battery charge goes on every hour if the customer uses the Surface Book 2 during games. Why the company, despite the knowledge that the maximum performance of the Surface Book 2 of the power supply cannot be met, adhered to the 95-watt power supply, is not yet clear. It was initially speculated that more than 95 watts of power were simply not intended in the specifications of the Surface Connector when it was designed – after all, the Surface devices are primarily mobile.

In fact, the surface connector should be able to deliver up to 120 watts. So Microsoft probably made a cutback on the latter when trying to deliver a reasonably mobile device that was supposed to deliver a lot of power in a compact package with a not overly large power supply. The statement of Microsoft, according to which the Surface Book 2 is intended for creative and professional users, it can basically already guess: for demanding gamers, the device is probably simply not the one.