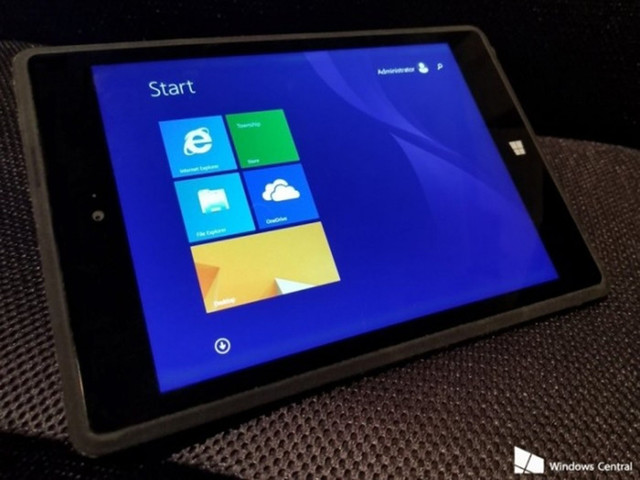 After Microsoft released the Surface Pro 3, there were rumors that Microsoft will launch the Surface Mini products. Unfortunately, on the eve of the release, Microsoft suddenly cut short the Surface mini’s life.

But now, after 3 years, the world can see what Surface Mini would have looked like. From the leaked photos it can be seen that this device also provides a back bracket, while the design has inherited the Surface design style. Overall, it has a professional look. From the Windows Central report, the Surface mini is equipped with an 8-inch screen with a resolution of 1440 × 1080 pixels, equipped with high-pass Snapdragon 800 processor, the memory combination is 1GB RAM + 32GB storage, running Windows RT 8.1 system, support and Surface Pro 3 Tablet PC Same stylus. As for the reason why Microsoft canceled this device, is also very simple. Users prefer the big screen smartphone, which led to 7 or 8-inch flat-panel computer so Microsoft finally gave up. The Surface Mini also wasn’t as good as the devices offered at that time.

The decline in tablet sales is a proof that perhaps Microsoft took the right step.