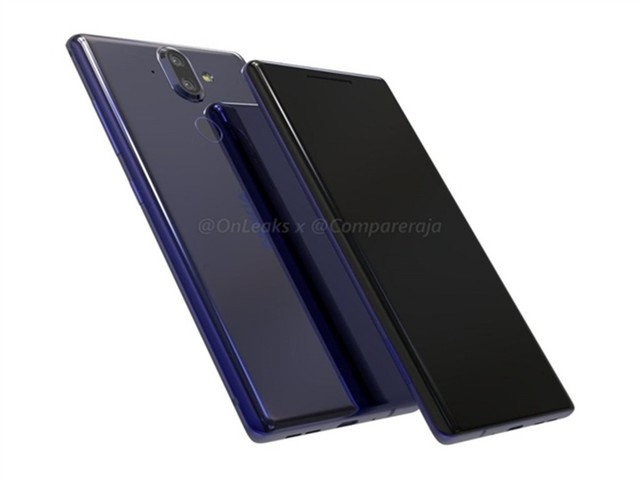 @onleaks and @compararaja leaked some photos of Nokia 9 on Twitter today! The photos show a dual Zeis camera.

The screen of Nokia 9 seems flexible. It seems as if glass material panel has replaced the metal material. The back of the fuselage is raised Zeiss certified dual camera lens, fingerprint identification module is also arranged in the back of the fuselage under the camera. This seems to have been done to make the fuselage is more concise. According to earlier news, Nokia 9 will have Snapdragon 835 chips, along with 6GB RAM + 128 GB Rom, and a 5.5-inch 2K resolution display. Measurements are 140.9mmx72.9mmx7.5mm. It should be noted that the phone does not have 3.5mm headphone jack, only Type-C. This might be the most expensive phone by HMD Global yet. A rear fingerprint scanner can also be seen on the phone. The phone might be bezel-less, like most new phones. Nothing is known about the price and release details yet. Usually, @onleaks leaks are pretty accurate. Let’s see if the case is the same this time too.

Are you excited about Nokia 9? Let us know in the comments below!