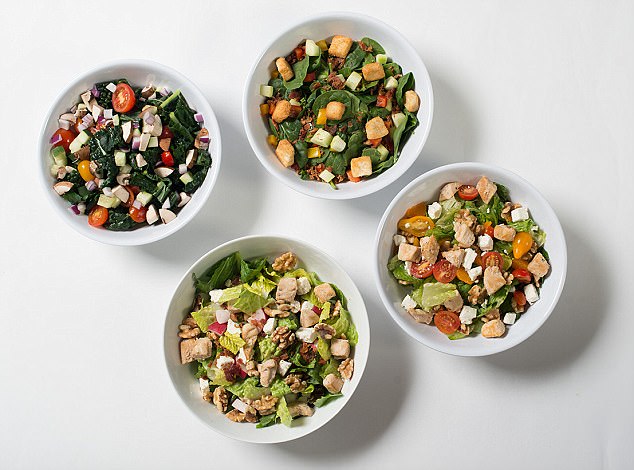 The newest breakthrough in the food industry, is the Salad making robot Sally. Sally makes great customized salads with a wide variety. The great thing about Sally is that it lets you count the calories as you make the salad. You can choose the ingredients, one by one on a large screen. As an ingredient is added to your salad bowl, the calorie counter at the bottom of the screen count the number of calories. So you can exactly know which ingredient is adding how many calories to your salad.

The Salad making Robot Sally is developed by Chowbotics, which is an organization, based in California that specializes in making robots that can work and serve in the food industry. They have developed robots in this regards with cleaning and hygiene.

Sally will set to work from this spring at a restaurant in California called Mama Mia’s. Right now Sally weighs around a whopping 350 pounds. However, Chowbotics want to decrease its weight so it can be installed in offices and other workplaces like vending machine.

It is a first of its kind robot that requires absolutely no assistance from the humans to make a salad. It just dispenses ingredients off large canisters that are stored at the back of the machine. Sally can hold upto 20 different ingredients in its storage area.  With twenty different ingredients there is a huge range of salads that it can make. 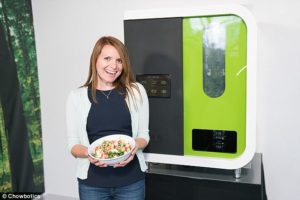 There have also been suggestions given to Chowbotics to make a male version of the robot to break the stereotype of women making the food all the time. here is a video that shows how sally work.