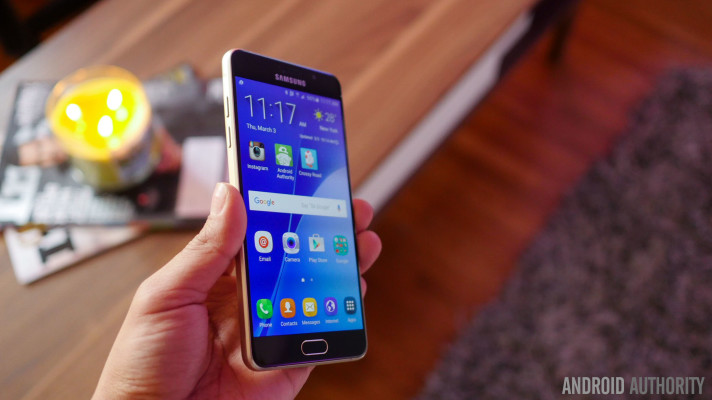 Samsung might be cooking something fresh for 2017 already, and we suspect it is a new Galaxy A5 handset as we spotted at Geekbench and apparently the same model number appeared on an Indian import list according to sources.

It has been over 9 months since Samsung made any new revelations about their Galaxy A series. If we take account of history, Samsung released what they claimed to be their thinnest smartphones; Galaxy A3 and Galaxy A5 back in 2014 but the Galaxy A series debuted with a much more advanced set of characteristics. Including fingerprint sensor, an enhanced camera and optical image stabilization design.

The rumored specs of the awaited Galaxy A5 popped up on benchmark;

The octa-core processor Exynos 7880 incorporates four 1.87GHz Cortex-A72 cores and four Cortex-A53 cores at 1.3GHz, combined with a Mali-T860MP4 GPU, which just seems too good to be true and if it is, then we could be expecting a significant amount of enhancement in single thread and graphics performance compared to the predecessor 2016 model. 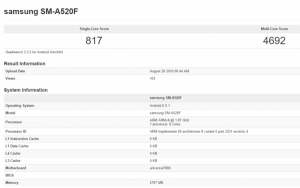 Looking closely into Samsung’s unveiling traditions, we shouldn’t be expecting the release to happen before December of the coming year and till then there could happen some major changes in the speculations we just shared. But it looks like Samsung is running a downward spiral in the market and could use a good bump towards the top. Still, we think that Samsung’s 2017 mid-range phones are going to put up a fair competition.