Substitute Phone Will Replace The Need To Scroll 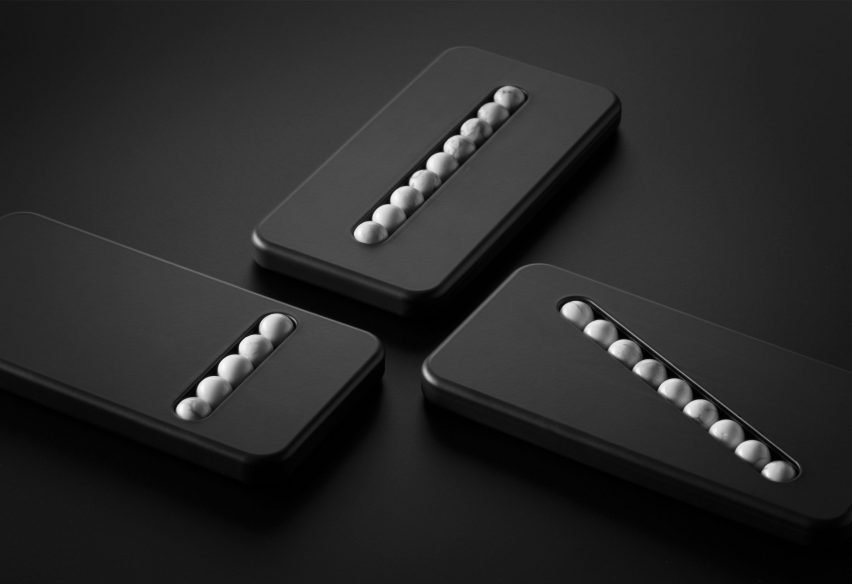 Remember the NoPhone, the “cell phone” that was just a piece of plastic and whose purpose was to help us in our dependence on smartphones? A similar concept has emerged: the Substitute Phone. It looks like a normal cell phone but instead of a screen, it has little beads to replace our need to scroll.

If you’re sitting in the subway and at the first sign of annoyance strip the smartphone out of your pocket, the Substitute Phone is for you. This “mobile phone” mimics the shape of a traditional smartphone and we can even use it with the usual gestures – not just the scroll, but also the zoomor the swipe. However, when we give it a finger, we will not be activating any digital functionality, but rather tinkering with small spheres embedded in the so-called “screen”.

The object, which some of us describe as a prosthesis, can be reduced to nothing more than movements, explains Klemens Schillinger, an Austrian product designer who had the idea of Substitute Phone on the project page. This calming limitation offers help for smartphone addicts to deal with withdrawal symptoms. The object has a therapeutic approach.

At Dezeen’s website, Schillinger added that he was inspired not only by the disturbing frequency with which he and others tend to consult their mobile devices (and for no particular reason, usually), but also the Italian writer Umberto Eco, who, to try to stop smoking, he replaced his pipe with a simple stick. “It’s the same thing but without nicotine, just the physical stimulation. I remembered this and thought to make mobile phones that would provide physical stimulation, but not connectivity, ” he said.