Home » Blog » Thousands Of People Have Cancelled Their Model 3 Orders 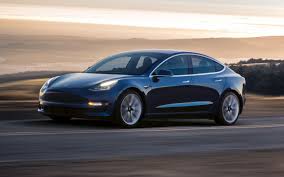