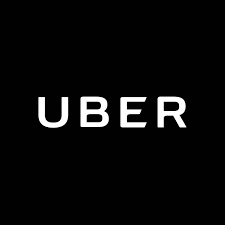 Uber has been through a lot. Uber’s misfortunes are often blamed on a leadership crises. Uber CEO Travis Klanick recently announced his decision to resign. He said he never thought he would have to make this decision one day.

Uber CEO said that he never thought that he would like to make such a statement (resign from the post of CEO). We all know that he loves Uber, far better than anything else in this world. This is a very difficult moment for Klanick. He has accepted the advice of some investors and decided to step down as the CEO. He wants Uber to regain its past glory.  Subsequently, Uber’s board of directors also issued a statement saying that Kalanick’s resignation decision was a “brave decision”. “This is a brave decision that he loves and devotes to the embodiment of Uber. After resigning from the post of CEO, he will have more time to deal with his own things, and Uber will have room to embrace a new chapter. After that, Kalanick will continue to stay on the board, and Uber looks forward to working with him.

Eight years ago, Kalanick and others co-founded Uber. Currently, Uber has raised about $ 10.7 billion and the company is valued at more than $ 70 billion. However, forced by the main requirements of the five major investors, Kalanick finally chose to resign from the post of CEO. Before Klanick, the business vice president Emil Michael (Emil Michael) also left. In addition to Michael, the current Uber communications department head, senior vice president of engineering, product and vice president of growth and financial executives have also left.

Other companies should learn a lesson from Uber too. Let’s hope that Uber will benefit from this decision of Klanick.