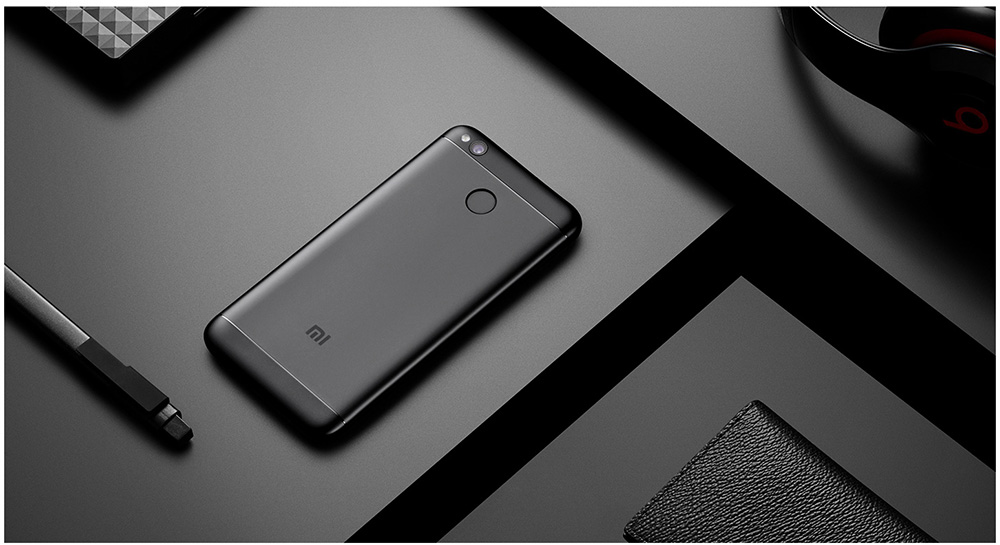 When you think of Xiaomi, the first thing that comes to mind is the absence of band 4 of the 4G LTE. But this is not the case when it comes to international versions of its products. Read on to read a detailed review of Xiaomi Redmi 4X.

The Xiaomi Redmi 4X mounts a hardware that suits its price: SoCSnapdragon 435 – 64-bit octa-core with a maximum frequency of 1.4GHz, accompanied by the Adreno 505 GPU, 3GB of RAM and 32GB of expandable memory via microSD, sacrificing the Nano SIM slot.

Connectivity is handled with WiFi 802.11 b / g / s support for Dual SIM Dual Standby with a Micro SIM slot and a Nano SIM. There is support for bandwidth 20 of the 4G LTE. The only failure is NFC, as there are infrared transmitters, FM radio and even Bluetooth 4.2  As for geolocation, there is support for A-GPS, Glonass, and BDS, although the fix is sometimes slightly slower. Receiving is good, with only some minimal uncertainty when moving. Also good audio from the earphones.

Xiaomi Redmi 4X comes in a compact and well-assembled body. The lines remind you a bit of a brick, but with the edges. This, coupled with the small dimensions, gives you a very good ergonomics, with a weight of only 150 grams. However, the materials are not of a very high standard: although the central body is aluminum, the feel does not look expensive. For the proposed price, however, the construction quality is more than enough.

The layout of the elements sees the power button and the volume bar on the right, the SIM carriage on the left, the 3.5mm jack and the infrared transmitter up and, finally, at the bottom two grids ate placed for Microphone and loudspeaker to surround the center connector. There are two main defects: the capacitive keys under the display are not backlit and the connector is still a micro USB. On the back, in the center, there is also a fingerprint reader which is accurate and on average, fast. The front glass enjoys a 2.5D stem.

The price limit made  Xiaomi Redmi 4X do a compromise when it comes to the display: the panel is a 5 inches HD (294 ppi) with shallow black, a light bulb slightly lacking and especially with a maximum support of 5 touches contemporaries. On the other hand, this is a discreet panel if placed in its price range, given the bright colors and good viewing angles. The audio compartment instead leaves a bit to be desired: the volume is not particularly high and the sound from the single speaker system on the bottom is quite closed.

The display is fabulous. It is an IPS HDR LCD panel. Xiaomi Redmi 4X mounts a 13-megapixel f / 2.0 camera at the rear, while the front has a 5 megapixels f / 2.2 camera. The software provides a great variety of real-time filters and special shutter modes, providing a good user experience. The quality of the shots, however, is what one can expect from a low-cost smartphone. By day the shots are good enough for detail, despite the contrast being too high, but as soon as the light fades, the details blend and the noise overwhelms. At night, the clicks leave much to be desired. And a similar discourse applies also to selfies. Videos instead come up to 1080p but lack stabilization and details do not convince.

One point to not underestimate in this review of Xiaomi Redmi 4X is the battery, which has a capacity of 4100 mAh. The resulting autonomy is very good: with medium-intensive use. You can go two full days of use with more than 6 hours of active display. It is not the best result on smartphones but definitely more than satisfactory. A down side is the lack of fast charging since with the 5V / 2A power adapter included in the package, more than 2 hours are required to fully charge the smartphone.

On board Xiaomi Redmi 4X we find MIUI 8.2, based on Android 6.0.1 Marshmallow. However, this is the Global version, which integrates full-fledged international languages support throughout the system, includes all Google services since the first turn-on and is devoid of MIUI services designed only for China. There are many modes of use. With simplified mode, the interface is enhanced to accommodate the elderly, while with the baby mode you can restrict the use of the smartphone to only selected apps. In the non-disturbing mode, you can set quiet timetables for notifications by scheduling them at certain times in selected days of the week. To end a one-handed mode, you can use a swipe from the home button to reduce the active screen portion to operate more easily in mobility, even though the size already contained does not make it so necessary.

There are also many functions in the system, such as a great way to manage notification modes, double touch to awaken the screen, or even a floating circle called Quick Ball with which you always have access to various shortcuts. The fingerprint reader can instead be used to block access to some apps selected through App Lock. Of course, you can not miss Second Space, which allows you to have a second user completely separate from the first, and App Clonate that lets you use two instances of the same app – very convenient to have two users in messaging apps. On board, there are many preinstalled apps, but in this Global version they are all useful and part of a well-made suit. Despite the version designed for international software markets, however, there remain some steps to receive all notifications from a certain app. From the security app it is necessary to guarantee the automatic start permission, then move to the power settings and deactivate any MIUI optimization for that app.

Xiaomi Redmi 4X is not a performance standard: charging times are not lightning, heavyweight navigation has some slight uncertainty and in general, it is not a smartphone designed for intense use. Nonetheless, however, performance is always constant, ie it does not have high peak peaks or system crashes. In spite of everything, however, it is possible to play Real Racing 3, content with not having the details at best, without any framing problems.

To conclude this review of Xiaomi Redmi 4X, this is a very high-quality smartphone and can be really recommended to anyone.