AI era is it finally here? 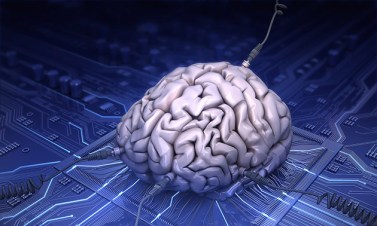 Since the advent of modern computing,AI is a dream that has to still fully actualized.Scientist and technology enthusiasts have,pondered over the prospect of a machine that might be self aware.  Lot of this hype is due to science fiction films, over the years,they have portrayed the possible pros and cons of an artificial intelligence machine. Though in  20th century  the path followed,by  AI researchers was quite apart from one being pursued nowadays.The initial approach was to get a crystal clear understanding of,human knowledge and mind’s working. Up-till,1970 this path was pursued quite feverishly.Since then this original quest has been sidelined. Now this trail is rarely followed due to many factors.Some are mentioned ahead:

These and many other factors brought about this gradually shift in the research trend. The practical approach did yield some results that have been in use, and are being developed further.The most common example (computer playing chess) & AI  systems being incorporated with search engines.

Applications of  Artificial Intelligence,in this field have a tremendous scope.So far robots are being used in industrial, defense and health sector, but supervised by humans obviously.However on a small scale,some robots have been programmed to learn and replicate at a limited level. Though this is nowhere near the current mark of Artificial Intelligence . Advanced capabilities are being gradually inducted into robots, for instance some robots can mimic human action.Even

Further more some robots have the capacity to be social, M.I.T’s Artificial Intelligence Lab is working on such humanoid robots.The head of this program at M.I.T feels that their approach in AI’s development is more closer to human intelligence. The real hurdle yet to be overcome is to fully understand how human intelligence works, as scientist don’t have a concrete model to work form. Despite knowing how our brain is a kind of complex circuit of nerves that are constantly transmitting billions and billions of neurons. However we haven’t yet figured out how these connections add up to form our reasoning.  Therefore this research is abstract, hypothetical frame work is used to take the research further.

Oddly at another university in Massachusetts (US) Tufts, researchers are training robots,to say no to human instructions,by judging the conditions and deciding,why following an order may not be a good idea. In addition to this development.Recent surge in quantum computing research also opens up the paths for researchers working on AI.These serve as quite significant milestones in AI’s development.

Still this research is a long way behind. From achieving an AI machine,capable of out smarting the Turing Test. The question still remains how,will an AI overcome basic traits of computer such as diligence, impartiality to emotions,versatility.Many movies have been made,that raise mind boggling question, on what might happen if AI is formed. Such as Robot, Transcendence & Terminator and many more. Even the outstanding,pre-eminent British Scientist Stephen Hawking,raised concerns on AI development stating that AI’s would be the meteorite for  mankind.