33 Million Apple Watches Have Been Sold Till Now 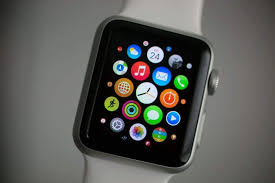 iPhone 8 sales are relatively bleak, but Apple Watches global sales trend is surprisingly good. Till last year, the general opinion was that Apple Watch does not have a potential.

Market research firm Asymco recently said Apple Watch global total sales have reached 33 million, for Apple to create a $ 12 billion in revenue. And this momentum is particularly evident in this year. Apple sold 15 million watches last year. The average price of Apple watches sold in the last year is $330. This means Apple made a revenue of $4.9 billion from Apple watches in the last 12 months. This is more than the revenue of Rolex. According to Apple, sales of the watches have increase by 50% in the last quarter. Overall, Apple sold 33 million watches and generated a revenue of $12 billion from them.

The future seems bright for Apple watches. The LTE Apple watches are now available in the market. It is expected that the sales of the watches will increase by 33% in 2018. According to some analysts, the sales may even go up to 20 million units in 2018.