A SATIRE ON SHAM DEPRESSION 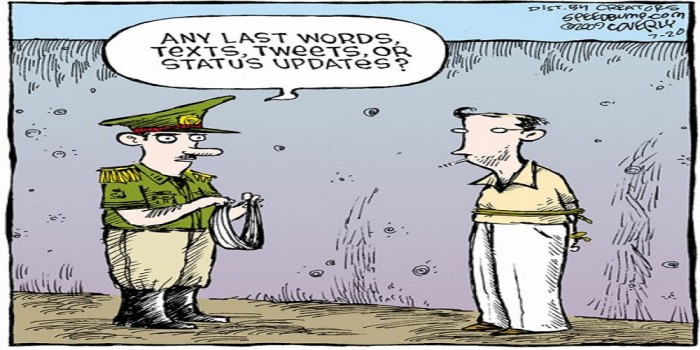 He became a victim of depression that day!

He was suffering from those poignant thoughts of distress, but no one knows what commenced that torment in his mind. His mental agony was incising his brain, surging the pain of depression. He was keenly looking for the solution for these quagmires—was struggling to vandalize all the pungent thoughts. Some thing was increasing the tension in the veins of his brain, but simultaneously a corner of his brain was looking for the solutions for this entire muddle. After grave encounters with these depressing thoughts his brain found something: something very effective.

The panacea for these difficulties was residing in his hands. Yes, a physical commodity was waiting to demolish those torments from his mind. He started retaliation and opened his favorite social networking website. He just jumped into the ocean of artificial emotions through his account. What would he do now to ambush his painful thoughts?

Most probably, he would have asked for help from someone on private message, that he wants a company—requires someone to be with him on that crucial time.

But, he did not want one person to console him in this state, he wanted more than that. Yes, he wanted all his allies on that social networking website to know about his serious situation. So he decided to share this torture with all. The time he entered his feelings with crying soul, all his associates left their activities as their friend was depressed.

All of them were waiting impatiently to help him.

Interestingly,one of his friends sent a bye message to his girlfriend, ended the conversation, so that he can help his friend first; one friend just cancelled his party to intervene in that grapple between his friend and depression. A nerdy friend left his books aside so that he can consolidate his friend, while one of his loyal friends entered in the phase of depression himself watching his friend in this state. There are many more with their lives adversely affected by that post. All his friends were crucially tensed after reading his post that,

“He is feeling depressed”.

As these highly consoling comments came on his post his depression started to deteriorate.

These are some typical comments which decreased his so called mental agony. Every ‘like’ was depleting the stench of his depression. His biggest problems were just demanding some likes to leave his brain. As he got those required likes and comments, all those woes just vanished from his mind. Those resentful feelings were waiting to leave his mind on merely few likes. He was being dominated by distress completely, but he was completely normal to write on internet that he is depressed. This is a new version of depression that you will hate everything in your home in this state, but when sharing your thoughts on internet you would be completely normal. So now what we know is there is no need for any beloved one in this situation; just post it to internet and your whole friend circle will unanimously help you out. This is a special type of mental torment which allows one to use a social networking website to announce that they are feeling sad, as mental torments has become so lenient now days. Psychologists ought to carry out research on this new type of depression: there will surely be some advancement in their field.