Acquisition of Z-10 helicopters by Pakistan from China

Recently the electronic media of our country went hyper 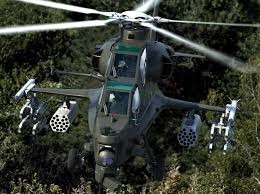 with speculations of a gift of stealth attack helicopters to Pakistan.The ruckus raised by Pakistan’s media is beyond any sort of comprehension. Whatever information related to the Z-10  helicopter attack helicopter is available for public viewing doesn’t even slightly hint about the attack heli being stealthy.

According to ISPR statement, the newly acquired Z-10 helicopter’s will help in escalation of the counter-terrorism op currently underway in the western region of country.

All it seems that such news were released for more ratings. The manufacturing details are briefly listed below.

The research work for development was initiated as early as 1979 by China. The decision was taken by China after repeated failures to acquire attack helicopters from USA or Russia.After the completion of research phase development began in mid-1990s. The first prototype Z-10 helicopter made its maiden flight in 2003. The initial batch produced was handed over to Chinese army in 2010. CAIC (Changhe Aircraft Industries Corporation) the company that built Z-10 helicopter received extensive help from EuroCopter and Russian Kamov helicopter design Bureau. The Z-10 helicopter is mainly designed for offensive purpose in battle. As well as it has limited air to air combat capability. 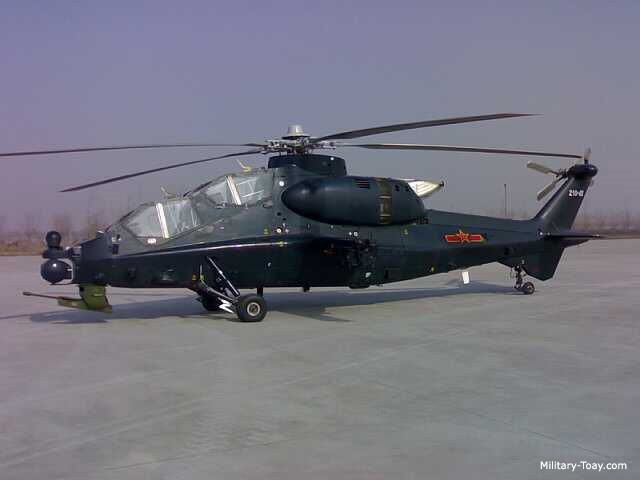 Total length of the helicopter is

The fuselage of Z-10 helicopter is designed in such a way as to reduce radar cross section. The Z-10 helicopter has a standard gunship configuration,a narrow fuselage and stepped cockpit all vital areas are protected with armor plating. Two pilots operate this helicopter, with the gunner in front and the pilot behind & above the gunner, hence the pilot has access to a wide view of front and the surroundings.This helicopter has in total four hard points (weapon mounting space). Primarily it has a 30mm cannon, anti-tank missiles as well air to air missiles. Furthermore it can carry unoperated rocket pods. 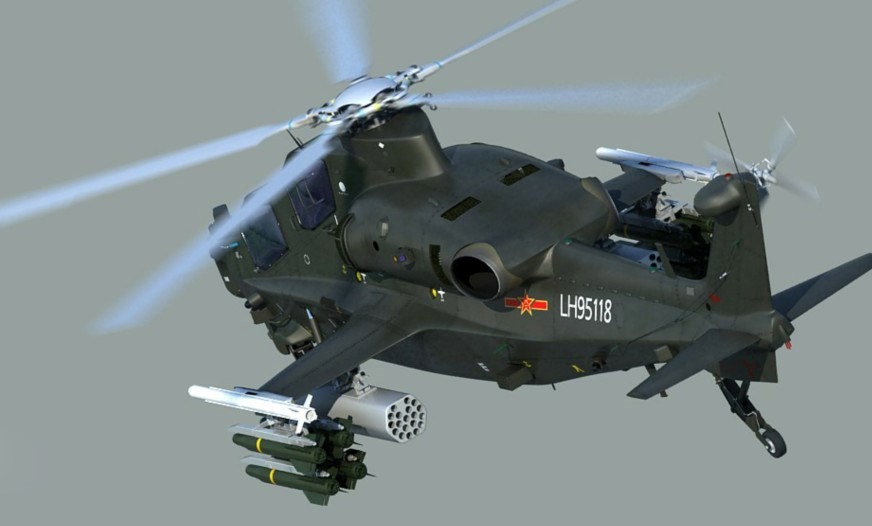 The prototype has two Canadian Pratt & Whitney PT6C-67C turboshaft engines delivering 1530 hp each.Production units are to be fitted with indigenous engines. Though they are less powerful as compared to the Canadian engines. The maximum speed of Z-10 helicopter is 300km/h, while cruising speed is 250km/h.The service ceiling is 600om and a range of 800km. Avionics also included EW (electronic warfare capacity ) all these features make the Z-10 helicopter lethal but not as deadly as the AH-64 Apache.

These helicopters will be helpful in currently undergoing operations but also bolster Pakistan’s position against India.