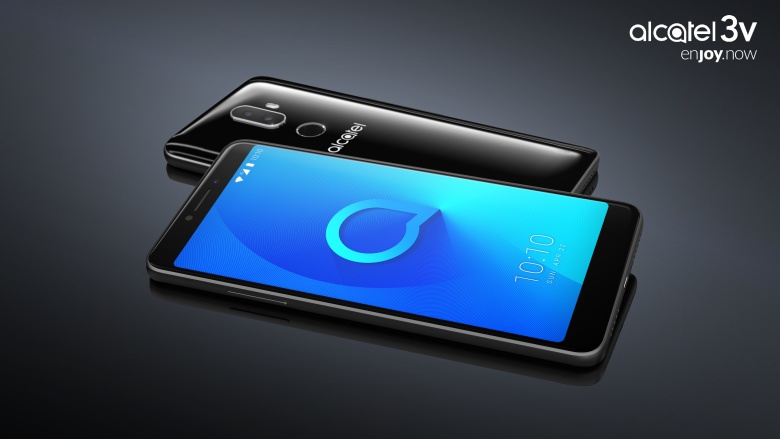 During the Mobile World Congress, Alcatel introduced the new 2018 lineup. All the smartphones looked sleek and simple, which is representative of Alcatel’s style. Alcatel 3V has a captivating design with a 6-inch display which creates a great first impression. This is very interesting technically too as this is the first in-house display from TCL. This marks the first step of the journey of the French-Chinese producer in this direction. A lot of other aspects also make Alcatel 3V desireable for people who do not want to spend a fortune. However, the processor does not do justice to the phone and weighs downs the device against the rivals. But, what about the other aspects of the phone? Let’s find out in the Alcatel 3V review! 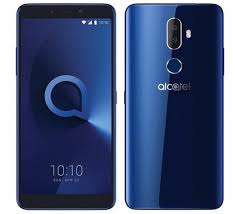 On the hardware front, Alcatel 3V doesn’t do well. Specifically, the processor used is a MediaTek MT8735, quad-core with Cortex A53 set to 1.4 GHz. It’s not powerful enough and definitely not something we would expect in a 2018 smartphone, even on the low end. Apart from that, we have a Mali T720MP2 GPU. The phone has 2 GB of RAM and 16 GB of ROM. With that kind of a technical sheet, you cannot expect a lot performance-wise. However, not all is amiss in this handset. For instance, the connectivity is pretty good. There is the 4G, BT 4.2, WiFi a / b / g / na double band, and GPS. The sensors present in the phone are gyroscope, accelerometer, magnetometer, a sensor of brightness and proximity.

Alcatel 3V has remarkable telephone parts and antennas. No matter where you use the phone, be it in a car, on an aircraft, an area with congested traffic, or use in connection with various Bluetooth devices and hotspots, you will not experience any problem. The Alcatel 3V never shows any signs of failure and supports the user in all his endeavors. The signal reception is good and so is the audio in the capsule, but the speakerphone is kind of insufficient.

As mentioned above, there is not much to expect from Alcatel 3V in terms of performance. The performance is insufficient, to say the least. It is almost hopeless. The installed applications seem to saturate the memory very quickly. The phone is extremely slow and feels packed. The phone is cumbersome and painfully slow in everything. That certainly does not mean the phone is unusable, but it is just not fun to use and the limited reactivity can be off-putting sometimes. The performance issue is real and how much it impacts you largely depends on your style of use. For instance, if you are a heavy user and into social apps, browsing, and gaming, the phone will disappoint you for sure. 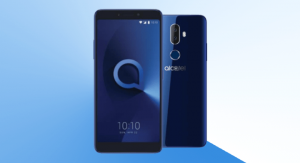 Alcatel 3V has an impressive well-finished and original look. The quality of the materials used is impeccable. The overall look is too good for this price range, even though the phone is largely plastic. The back of the phone is shiny and the blue color is captivating. The edge of the phone looks solid even though it isn’t metallic. The anterior 2.5d protective glass of Alcatel 3V gives the phone a modern touch. It was smart of the company to use a display that has rounded corners, which is in line with the current trends. The dimensions of the handset are generous in spite of the good optimization of the frames. The ergonomics are pretty good because of the grip offered by the plastic. The grip is better compared to the finest materials.

Alcatel 3V is the very first smartphone with a display made by TCL. Hopefully, we will see even better ones from the company in the future. And we have good reasons to hope for that, as the display is the best thing about the phone! It is a  beautiful FullHD + (2K) IPS 6-inch LCD. The color reproduction is excellent and the brightness and readability are good even outdoors. It is difficult to find a better display in a phone below 200 euros. Hats off to TCL/Alcatel for making the most of their know how. It is worth remembering that TCL has a vast experience of designing screens.

The photographic segment of the phone is in line with the market segment it caters to. The pictures come out great during the day, but the quality deteriorates in the evening. On the back of the phone, there are two cameras. The main camera is 12 MP and the second one is 2 MP. The second one has been placed there to capture depth data. On the front, there is a 5 MP camera with an LED flash for taking pictures at night. In reality, the pictures are not bad during the day or the night, but the issue is once again with the processor. It is so slow to process the command and they delay can be tricky for the user. As a result, the pictures come out shaky sometimes. However, once you get used to the phone you can adapt to it and pay attention while taking a picture. So, maybe it is not so bad after all.

Alcatel 3V is equipped with a 3000 mAh battery. Given the dimensions of the phone, you would have expected something larger, but there is still a potential for good autonomy here. Even though the phone has a modest hardware, it consumes a lot of power and thus the autonomy is not satisfactory. At the most, the phone will last you until the evening. If you use the phone intensively, you will need to pay a lot of attention to the consumption. In short, the phone has a screen time of 3 hours 30 minutes in 12 hours of use.

Alcatel’s software is simple and intuitive. This is good news as it will limit the basic impact of software on performanc. Alcatel 3V is run by Android 8.0 Oreo. The phone has nearly all the functions you would find on a phone with stock OS. You can even change the navigation bar by customizing the color and the buttons. You can also clone social apps. You can also activate various quick links on the unlock screen. You can also enable double tap and there is also a one-handed mode. Overall, the software of the phone is good but there are way too many preinstalled apps on the phone. The energy saving tool and memory management have been brilliantly implemented. Basically, this phone gives you a great Android experience. There is a room for improvement in the graphics ara. And maybe the launcher needs to be updated and integrated with the Google ecosystem. 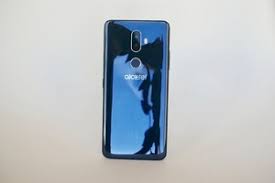 The Alcatel 3V was launched with a price tag of 199 Euro but it is now available at around 150 Euro in the many online stores. We will not recommend you to buy it for 199 Euro, as it would be better to buy the stunning and better performing Alcatel 5 for that price. But, if you get a deal below 150 Euros then you can go for it. Almost everything is likable about Alcatel 3V, but the poor choice of CPU ruined the phone because it destroyed the performance. The CPU has impacted many aspects, such as camera and autonomy too. If you are not a heavy phone user, have a thing for nice displays, and want reliable and practical connectivity and telephony, then go for it!

Would you for Alcatel 3V or is the processor a turn-off Let us know in the comments below!