All the latest phones from the TCL subsidiary Alcatel presented are designed in 18: 9 format. The Alcatel 3X is a 5.7-inch member of the new series and is a pretty good mid-range phone. It is an affordable phone and has a wide angle camera. 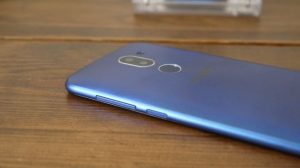 TCL, the group that distributes smartphones under the name Alcatel, is actually known for its televisions. For the Alcatel smartphones on display at the MWC this year, the display specialists have for the first time equipped a whole series with their own panels. Thanks to IPS technology, the display of the Alcatel 3X looks bright, with the HD + resolution. The resolution of the phone is 1440 x 720, so the video quality is not comparable to the Alcatel 3V. That phone has a 2K display, which is great for the price. Overall, the display is sharp, bright, and attractive.

The built-in MediaTek MT6739 processor is by all current standards, a fairly weak chip, which comes quickly with 4 cores and 1.2 GHz clocking off the very leisurely everyday operation to its limits. In any case, it noticeably slows down the device when multitasking. The chip will not give you top end power. It runs on Android Nougat software, and Alcatel hasn’t mentioned when an Android 8 Oreo update will be available on the phone. 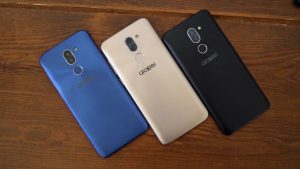 For the price range, the RAM with 3 GB is very neat, even 32 GB of flash memory are well sized.  That body of the phone is 153 x 72 x 8.5mm. It weighs 144g. The size is good but doesn’t feel too huge in the hands. That’s great considering the fact that the phone has a 5.7-inch display.  The design on the back is a little weird. The phone has a matte finish and might feel a little scratchy when you hold it. However, this is not something you cannot get used to.

A look at the back of the device shows what makes Alcatel with the suffix X different in comparison with the Alcatel 3. Pictures are captured with a dual-cam system, which relies on a 13-megapixel camera, which is supported by a 5-megapixel camera with wide-angle optics – for this price range at least on the sheet a good camera system. On the front, there is a 5-megapixel camera.

The hardware is packed in a housing made of plastic, which has a matt-gloss coating and does not allow easy access to the inside – replacement of the 3000 mAh battery is therefore not intended. Since only a micro-USB port was installed and a 5-watt power supply included, the charging process takes an untimely 4 hours.

Alcatel 3X might not feel so comfortable in the hands, but it has some great features for a phone in this price range. The release details for the US, UK, and Australia aren’t known yet for the Alcatel 3X, but it will be released in European markets in April. The phone will retail for €179.99.