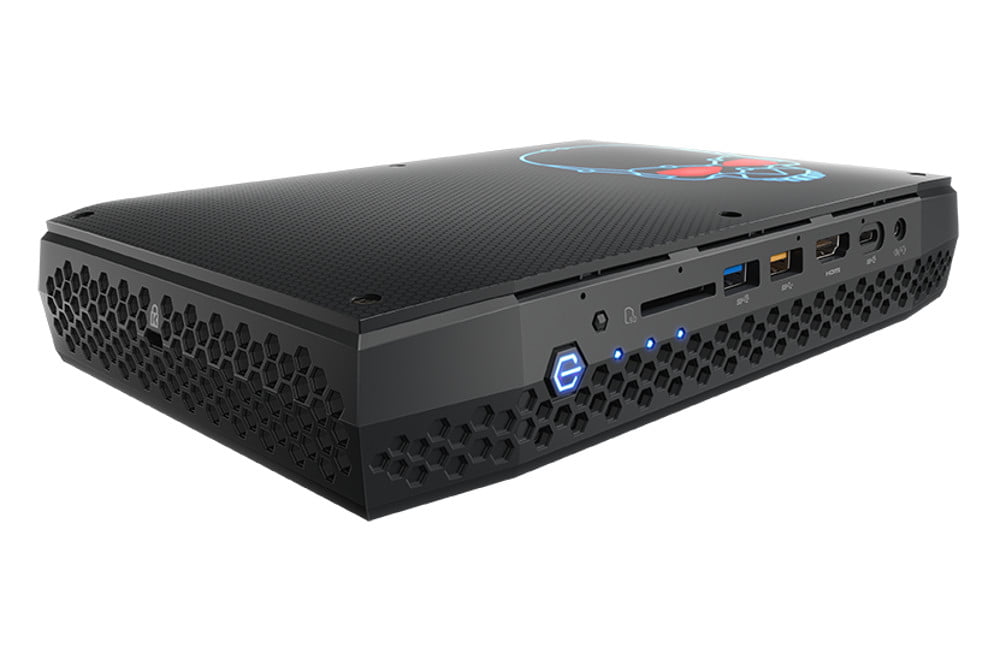 The chip maker Intel can currently use positive news and headlines, after all, it is at the center of the security vulnerabilities known as Spectre and Meltdown, especially the latter concerns primarily the company from Santa Clara, California.

With its introduction at the CES 2018 mini PC Hades Canyon succeeds quite well, this is the hitherto most powerful model of the Intel NUC series, so referred to as the “Next Unit of Computing” computer. And the word powerful is to be taken literally, as people were able to convince themselves during the hands-on at the electronics fair in Las Vegas.

At the Consumer Electronics Show you can see this with the help of a virtual reality demo, you can convince yourself that Oculus Rift can be used without any problems despite the small size of the computer. That’s because the Hades Canyon NUCs ” definitely stirred things up because they bring a Radeon RX Vega M graphics chip from AMD – so far, the two manufacturers were considered fierce competitors.

As mentioned, the NUCs are so-called mini PCs. This means that one can and must ultimately provide for the memory itself. The overall package is expected to be compact and quite chic to look at. The skull on the top is, of course, a matter of taste but probably explained by the fact that “Hades Canyon” is the successor of the device with the code name “Skull Canyon”.

Incidentally, the new NUCs are slightly larger than the predecessors introduced in 2016. However, the case offers plenty of space for connections and uses Intel also. All technical details can be found in the table below.