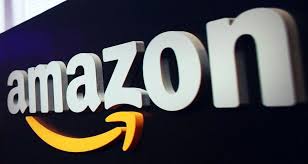 This week, Amazon announced entry into a new market by launching Subscribe with Amazon. It is a new marketplace which will let third parties sell subscriptions via Amazon.

Subscribe with Amazon has been under development since the past year. It stems from Amazon’s  subscription initiatives. Along the years, Amazon has gained a lot of experience in handling memberships and subscriptions. Amazon has innovated things like Prime and Kindle Unlimited. Vendors who are interested in selling via Subscribe with Amazon can have access to tools for self-service which allows them to make detailed pages for their products. An API lets vendors get order data and updates from Amazon. This will let them automate the administration of subscriptions. Amazon is providing vendors the facility to sell subscriptions with different names, like monthly and yearly, and also lets them offer opening prices to new subscribers. Opening Subscribe with Amazon partners are The Wall Street Journal, Disney Story Central, and Dropbox. Subscribe with Amazon is taking applications from vendors who sell digital content. Amazon might later extend to include subscription services which offer physical products. Subscribe with Amazon’s main value proposition is offering subscription vendors a forum via which they can sell their services to Amazon’s huge customer base. Amazon is also offering vendors the facility to make unique promotions for Prime members, wh are estimated to be around 65m. Amazon is doing this to help vendorss. For instance, Texture, which is one of the Subscribe with Amazon launch partner, is offering a 50% discount to its digital magazine for Prime members for the initial 6 months. Apart from that, Subscribe with Amazon might, like Pay with Amazon, lowerpurchase friction as it lets Amazon customers buy and organize subscriptions via their existing Amazon accounts. This will speedup the purchase process and also reduce reservations about trust. Reservations are comon when it comes to subscription services because charges are recurring. Despite the appeal of Subscribe with Amazon, vendors will probably think carefully before joining this forum. There is a problem of margin. In the first year, Amazon will take 30% of the subscription revenue. This will go down to 15% after the first year. Although giving away 30% and 15% of the revenue might be okay with some vendors as this is similar to the cost of other distribution channels, some vendors might do a double take before jumping the bandwagon. There is a chance that some Subscribe with Amazon subscriptions might disperse some fraction of subscriptions which would be sold direct the other way. Revenue cuts can affect the profitibilty of a business. There is also a problem of customer and data ownership. Although Amazon is providing sellers access to order data via an API,  Amazon will get the opportunity to gather massive data from vendors. Amazon will also own the customers who buy via the Subscribe with Amazon program. Customer and data ownership is a sensitive issue for vendors. Amazon competes with businesses who sell in its marketplaces. For instance, Amazon has launched its private brands in categories like apparel and electronics. Some businesses think that Amazon used its giant data to figure out what it should offer. Amazon already runsa many digital subscription services. Subscribe with Amazon might eventually be more profitable for Amazon than for the companies that use the service.

Seems like Amazon is out there to get it all. Amazon is fiercely competitive. Let’s see how the Subscribe with Amazon service fares.

Do you use Amazon? Have you ever bought any of their own products? Let us know in the comments below!