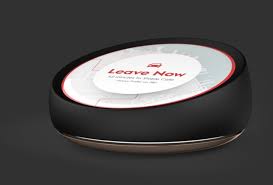 Andy Rubin has officially released his own Android phone called Essential Phone PH-1 this week. It is priced at $ 699.

Andy Rubin, who is one the creators of Google’s Android software, has unveiled his smartphone. He Rubin left Google in 2014 to start Playground, which is a technology investment company. Essential is a company funded by Playground. Essential Phone is its debut product. The Essential Phone has the Android operating system. Understandably, it will not be easy to penetrate a market with established players. Right now, Samsung dominates the smartphone market. Its share of the global sales is 21%. Apple has 14% share of the market. Apart from big Chinese companies selling cheaper devices, it is difficult for smaller companies to make sales. It will be even more difficult for the Essential Phone because of the price. Mr. Rubin has said that he believes there still is place in the Android market for other players apart from Samsung. Essential is aiming to be a big brand with several offerings. Apart from a phone, Essential will also sell Home which is a standalone assistant just like Google’s Home and Amazon’s Alexa. Titanium has been used to make the Essential Phone. The screen covers most of the device, so it is almost bezel-less. Magnetic dots have been designed so that it will be easier to attach accessories like a 360-degree camera which is an add-on that is being offered too. The Essential Phone also has two built in back cameras. With the help of combined lenses, you can take better pictures in low light. The selfie camera has an 8-megapixel sensor. Mr. Rubin said that the Essential Phone does not even need a case because the titanium design has made it stronger. The Essential Phone does not have a logo which makes it look ‘cleaner’ but it will make brand recognition difficult for consumers who do not follow tech news. In terms of specification, there isn’t anything too unique. But, as Mr. Rubin is someone who made one of the most popular operating systems, Essential is a company to look out for. Essential’s plan to launch a home assistant along with its OS, Ambient Os, means there will now be an alternative for AMazon’s or Google’s home assistants. The home assistant market is still in infancy and there is a lot of potential.

Ambient OS runs in your home and leverages your home network as much as possible. For example, it can interact with many home automation devices directly without having to go to the cloud.Furthermore, it keeps user data locally whenever possible giving users more control over their privacy.

Chinese tech giant Tencent and iPhone-manufacturer Foxconn have invested in this idea.

Specifications At A Glance

Essential Phone PH-1 has a full-screen design, 5.71 inches, resolution of 2560 x 1312 (19:10); equipped with high-pass Xiao Long 835 processor; 4GB RAM and 128GB body storage; rear 13 million pixels dual camera. In addition, Essential phones also support a range of accessories, such as a 360-degree camera. There are four colors available, respectively, black, gray, white and blue. In addition, Andy Rubin also introduced Essential Home intelligent voice assistant, it can respond to a problem, a touch, or even a look to activate, Essential Home can control the music player, ask general interest problems, set the timer and control light. The current rendering map has been shown as a user interface for smart home devices, but we do not know which ecosystem will be supported. A report says Essential Home will be released later this summer to bring new standards, protocols, and systems for the Internet of Things, and to include smart assistants, including Alexa, Siri, and Google Assistant, who have Has built a system that can work seamlessly with SmartThings, HomeKit, Nest and other products.

Let’s see if Andy Rubin’s smartphone will be as successful as his operating system.