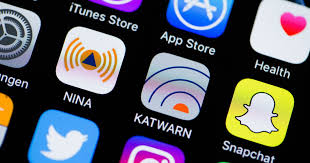 Apple has recently made some changes in the App Store. Ad blocking plug-ins have been removed. Apple has said that this is nothing new, Apple has never allowed apps to interfere with performance and function of other apps. Apple will remove all these third-party ad blocking plugins from the App Store.

Adblockers To Be Removed From Apple App Store

Apple’s latest policy changes are mainly in Section 4.2.1, which states that APIs and frameworks should be used for the intended purpose: the application should use the API and the framework for its intended purpose and will be described in the application profile. For example, the HomeKit framework should provide home automation services; HealthKit should be used for health and fitness and integration with Health applications.

The policy adjustment will affect Adblock and Weblock. Apple responded that the policy on the VPN / root certificate-based ad interceptor has been officially changed and does not accept application updates based on this technology. Whether these apps will remain on the App Store remains to be seen.

Now, the Safari content interceptor will be Apple’s only ad blocking device. It can only block ads in Safari, and will not be like a third-party ad blocking plug-in that block all the program ads.