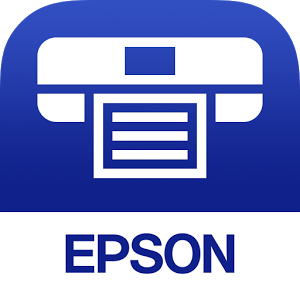 The suspicion that many manufacturers of electronic devices let their products die away after the warranty period has been around for a long time.In the case of the printer manufacturer Epson, the French prosecutor wants to bring light to the issue now.The organization Halte à l’Obsolescence Programmée (HOP) has reported Epson about “planned obsolescence”.

The term planned obsolescence refers to any strategy that intentionally shortens product life to increase sales. In France, such practices have been explicitly banned since 2015. In addition to corporate fines of up to five percent of the annual turnover, the responsible managers there are threatened with up to two years in prison. Hold à l’Obsolescence Programmée (HOP) is a consumer protection organization committed to fighting these practices. Also against Apple HOP has already filed a class action lawsuit for the secret iPhone throttling.
Also Read: The New Patch Day Update Makes Dot Matrix Printers Usable Again

In the case of the printer manufacturer, it concerns print cartridges that are displayed as empty despite the existing ink from the printer. Since printer manufacturers earn money primarily with consumables such as ink and paper, the Epson cartridges have built-in refill protection in the form of a chip. Third-party inkjet cartridges are a thorn in the side of Epson, and the manufacturer is already known for its aggressive approach.Whether the chips also used for level measurement but ensure an early demise of the cartridges, must now be clarified in a court.

“Epson rejects the claim that its products are programmed to stop functioning after some time,” the Japanese company said on request.Quality is important and all products are designed taking into account the needs of users. Whether Epson is speaking the truth will be clarified by experts. In any case, such a denial from Epson had been expected.

Also Read: Google Thinks China Will Overtake The US In The Field Of Artificial Intelligence
However, the company Seiko-Epson can not boast a flower-like vest. That Epson boosts its business by trickery, is quite possible. In antitrust proceedings, the electronics giant had already been condemned for illegal price fixing with other manufacturers of TFT-LCD panels.And as the case of massively declining HP printers , which became known in the last year, shows, some printer manufacturers seem to actually rely on a targeted break in their products. In the EU, such practices could soon be over by a ban. The procedures in France are therefore considered to be trend-setting.