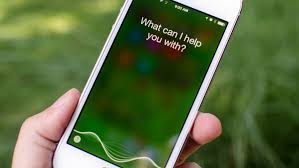 Apple is expected to announce a plan next week, allowing Siri voice assistant to support more application types. At present, Apple is seeking to compete with the already successful Amazon Alexa service.

However, according to engineers and artificial intelligence experts, Apple may also adhere to a pre-tested route, that is, focus on a small number of features and efforts to improve. At present, Apple Siri only supports six categories of applications: taxi and car service, news and voice calls, image search, payment, health, and vehicle entertainment information system. At next week’s Global Developers Conference (WWDC), Apple is expected to add more applications to Siri. Some industry watchers also predicted that Apple will launch something at the WWDC conference similar to the Amazon Echo smart home equipment. Echo has recently been very popular with users. Apple declined to comment on industry rumors. However, even if the number of supported applications is doubled, Siri still has a very big gap from Amazon Alexa. Alexa can now handle about 12,000 tasks. This difference fully illustrates the different strategic lines between the two giants. Apple has always believed that if the effect is not similar to the experience of talking with people, users will not use voice commands, so it has made some restrictions on the function to ensure that this device to achieves perfection. At the same time, Amazon did not make such a restriction on Alexa, the company believes that with the most “skills” (referring to the application supported by the Echo Assistant device) voice assistant will win a following of a large number of loyal fans, even if sometimes things go wrong. With the ability to respond to the voice command, virtual assistants have become very important.  Technology giants are looking for new ways to interact with users, trying to make more money from shopping and online services.

Now, if the user says, “Hey Siri, I want to get to the airport,” or “Hey Siri, help me book a car”, Siri will open Uber or Lyft taxi application, start booking the vehicle. In addition to some of the most basic home and music features, Alexa also needs more specific voice commands, which currently use only “request”, “tell” and a limited number of voice commands. For example, “Alexa ask Uber for a taxi”, this command will ask Uber to look for vehicles, but “Alexa, help me book a Uber” directive will not because Alexa did not establish a link between the two. Alexa can help users to book pizza from Delta, while Siri can not do this because the takeover is not the application category that Siri has supported so far. “According to Apple’s usual practice, the product features must be small and fine,” said Charles Jolley, CEO of Ozlo, an intelligent assistant application vendor. Apple spokesman Trudy Muller said the company would not comment on its developer program. “Our goal is to let users talk to Alexa in a natural and easy way, so we are trying to keep this service up to date,” Amazon said in a statement. Matt McIlwain, a venture capitalist at Madrona Venture Group, a Seattle venture capital firm, says the “little and fine” strategy is likely to be a problem for Apple’s future. McIntyre said he expects Apple to add new apps to Siri next week at the developer conference, but still has a big gap compared to Alexa’s skills base. “If you want to attract developers in the modern world, you need a platform, and if Apple does not have a ‘skill store’, it’s a mistake for Apple,” McIlie said. Siri and Alexa have no clear commercialization of the road. Siri just acts as an additional tool for users to control traditional applications, and Apple will pay for those applications. At the same time, Alexa’s “skills” are free, developers can not get a penny. Oren Etzioni, chief executive of the Allen Institute for Artificial Intelligence, said that due to functional limitations, the current voice application is only “side dishes, not the main course.” Estesini pointed out that Amazon  Alexa is in an early stage and did not focus on commercial realization, this is actually a wise approach. “Once the successful commercialization model for developers has emerged, people will naturally be attracted to that platform,” he said.

What do you think about this approach of Apple regarding less but perfect features? Share with us in the comments below!

Also Read: Bixby not included in Galaxy S8 and S8 plus