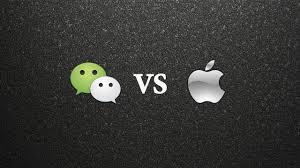 WeChat is upset after Apple’s demand to count in-app tipping as an in-app purchase, which gives Apple a 30% revenue cut.

Recently, the “Wall Street Journal” conducted a further report on the incident, and the domestic technology companies executives confirmed that the main contradiction is that Apple requires in-app tipping to be classified as “In-App Purchase”. Apple wants apps to follow the rule of paying the amount of 30% of the transaction fee to Apple. So now small donations or tips that are made from popular social networks in China will be subject to Apple’s 30 percent revenue cut. Unlike in markets, in-app tipping is a token of appreciation in China toward developers, writers, and other content creators who create free stuff. However, Apple has demanded app makers to disable the tipping function according to the new App Store rules, which will now consider any donations/tips as an official in-app purchase. Developers who don’t comply might be kicked out of the App Store. Tipping is usually done via apps like the popular WeChat, which is almost like a mobile operating system. There are many services bundled with it. This makes it easier for Chinese consumers to use services like food delivery and news reading within WeChat’s ecosystem. This encourages them to use in-app tipping. Apple is not getting any part of that revenue. And two of the executives of weChat revealed that Apple said that if they do not change the app according to regulations, they will not be able to upgrade the application or even kicked out of the App Store. Apple did not comment on this statement. Another executive said that their company is communicating with the Ministry of Industry to discuss whether Apple is fair. Ministry of Industry said it would not intervene. People’s Bank of China, which is rResponsible for the supervision of electronic payment, did not respond. Domestic developers believe that the in-app tipping and the general “in-app purchase” behavior is fundamentally different because the tipping is not the part of the price, it is like a reward for appreciation. The reward function is fun, it is not about the money. From the IDC data, Apple’s market share in China has dropped from 16% in the first quarter of 2015 to 9% in the first quarter of this year, ranking fourth in the country, lagging behind Huawei, OPPO, and Vivo. In 2016, Chinese spent a lot on the iOS application store. Just in the fourth quarter of 2016, China generated more than 2 billion US dollars in revenue. Although the sale of iPhone has declined in China, the revenue from app store has gone up. China is a very lucrative market and Apple should be careful. 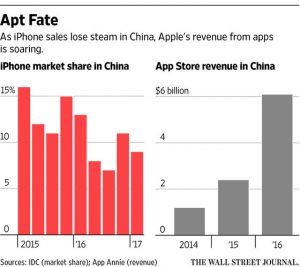 Apple wants to create differentiated user value, including the design and experience of the first-class mobile phone. App Store offers a variety of application options, combined with the combination of hard and soft experience, and brand recognition value. The App Store has a dominance in the market. The way WeChat is used in China might be irreconcilable with the App store. WeChat and Apple are currently trying to do something about it.

Have you used WeChat? What do you think about in-app tipping? Share with us in the comments below!