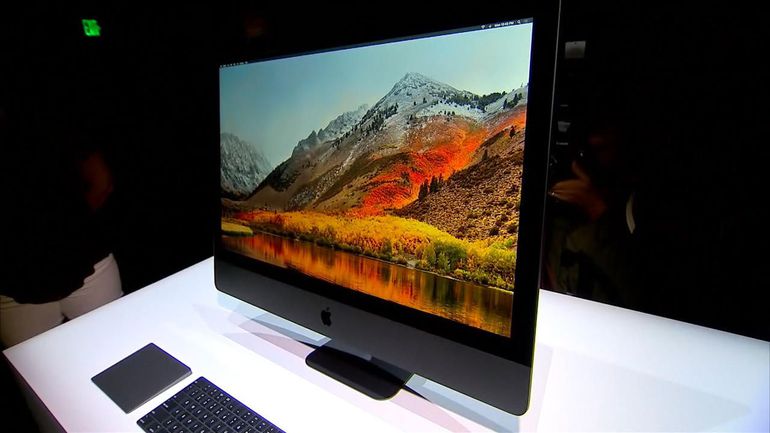 Later this week, the iMac Pro announced in the summer is finally going on sale: As of December 14, the iMac Pro will be available according to a new reference on the Apple website.

Many Apple fans have been waiting for this: Today, the US company has finally named a specific date, from which the new iMac Pro, first shown to WWDC in the summer, will be available in stores. The launch is initially only for a few countries, including Germany. Apple has spent a lot of time getting its new iMac Pro to market. Now it will be ready in two days, with which the company can also keep the then announced period of “end of the year”. That was not exactly self-evident in recent times.
Also Read: MacOS Update Brings Back Serious Root Bug

But there are a few smears. However, the new 5k-iMac Pro in its new Space Gray color and the high-performance features will not be the same in all variants announced in the summer.Apple launches with the smaller configurations that lack high-end models. Initially, only an 8- and 10-core model will come onto the market. The likewise announced versions with Intel CPU with 14 and 18 cores should be known so far only at the beginning of 2018 follow. An exact date is not yet available. So who wants to draw from the full, must be patient even further.

Patience also remains a virtue for those who would be content with one of the smaller CPUs.The keynote contains a wealth of information on the technical details – but what is still missing is a look at prices. So far, there is only the starting price in US dollars for the smallest variant, which had put Apple in the summer with 4,999 US dollars. The euro price should be set similarly high. There will be an 8-core processor, 32 GB of RAM and a 1 TB SSD. Apple also uses a Radeon Pro Vega 56 graphics processor with 8 GB of HBM2 graphics memory for the “newcomer”.