Apple Is Losing It To Google In Classrooms

Home » Blog » Apple Is Losing It To Google In Classrooms 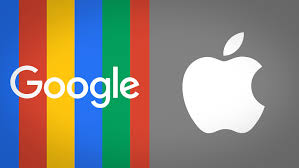 In the early 2000s, you could find iMacs in most classrooms in America. Schools are a great target audience, and can also let you win loyal customers for life. Surprisingly, Apple is now losing it to Google and Microsoft in the classrooms.

How is Apple Doing in Classrooms Now

Not so good, to say the least.

Why has Apple hit this low

Thanks to the tech savvy young parents, little ones now are affluent in technicalities. They once had the advantage of being easy to use, this advantage no longer exists. All devices are equally easy to use for the new generation.

Mobile devices that run on iOS now occupy the third place, the first and second are occupied by Google and Microsoft Windows devices.

These statistics are worrisome as education sector is growing quickly. Technology companies can capitalize on this growth. While Google’s share is growing, and Window’s is stabilizing, Apple’s is just going down.

Apple once had a strong share in the education sector but iPad’s price has brought the share down.

Chromebooks have some advantages over their Apple counterparts. They have physical keyboards which are easier to type on. Apple devices, on the other hand, are touchscreen. That means they aren’t so ideal for writing assignments and tests.

Chromebooks are affordable laptops that run on Chrome operating system (OS) by Google. They are produced by Samsung, Acer, and some others companies.

Chromebooks also have remote controls which make it easier for the school administration to control many devices at once. Apple devices lack this functionality.

Price is also a factor. You can buy around 3 Chromebooks for the price of a Mac device.

What’s Apple Doing About It

They have always been passionate about education. Introducing kids to their band at an early age guarantees brand loyalty.

They have programs like AppleTeacher – a website for teachers to learn how to use their products more efficiently for teaching. They have also introduced an application called Classroom, which helps teachers manage the activities of their students on iPads.

They have also launched a free app by the name of Swift Playgrounds, that introduces coding to students.

What are other companies up to?

Chromebooks by Google are doing extremely well. Their markets share of devices used in schools rose from 50% to 58% in 2016. Chrome devices grew around a billion and reached $1.9B.

Microsoft has worked with Acer, Hp, and Lenovo to develop affordable Windows laptops for schools. They have also created an app, named Microsoft Intune for Education, which enables school to setup Microsoft devices easily.

Google has worked with Acer and Asus to create new Chromebooks for schools which are convertible to tablets.

I think Apple relied to much on their brand value and lost sight of the fact that the novelty is going to wera out. Google, on the other hand, remained realistic and came up with affordable laptops. They are farsighted when it comes to schools. The cloud storage is excellent for school environment.

Which device do you think is more suitable for classrooms and why? Share with us below!