Apple Made These Major Announcements At WWDC 2017

Home » Blog » Apple Made These Major Announcements At WWDC 2017 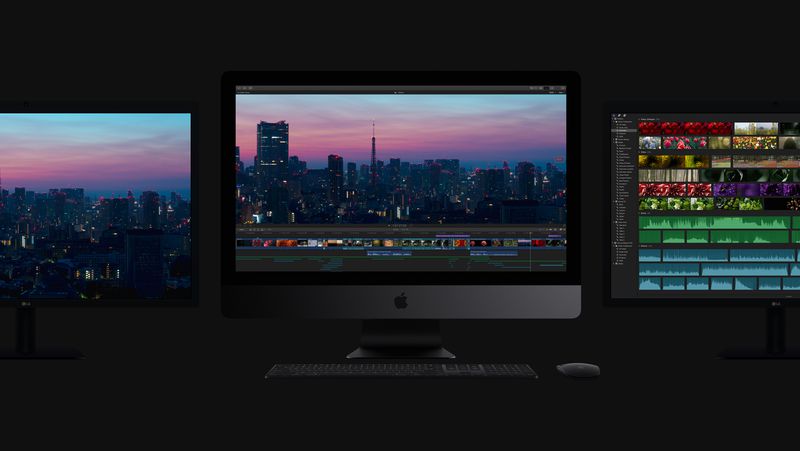 Phil Schiller, Tim Cook, and Craig Federighi took the stage during WWDC 2017 to update the world about the latest developments regarding iPhone, Macbook, Apple TV and other products.

Apple has introducing updated iMac desktops that have improved Retina displays, Kaby Lake processors, graphics boosts,  and USB-C. Graphics for VR content creation will also be supported. During the WWDC keynote, Apple showed a demo by playing a VR game. There will be a new iMac Pro too that will have a 5k display with better cooling capacity. It will have an 8-core Xeon processor that would be upgradeable to 18-core. It will also have around 4TB of SSD, four Thunderbolt 3 ports, 12GB of ECC memory, and 10GB Ethernet. The iMac will be priced at $1,099 for the 21.5-inch version and $1,299 for the 4K version. MacBooks will be upgraded too.

The iOS 11 will have a lot of updates. Siri will have better speech and it will be able to translate into different languages. It will also have the on-device learning ability based on what you do on your devices. iMessages will now reside in the iCloud. Conversations will be synchronized and you will be able to delete them on devices with the same account. You will also be able to pay and get payments through iMessage. The photo capture function has also been improved. It will perform better in low light. You will be able to edit Live Photos so you will be able to edit the main still image or the video. There is also a new control center that relies on 3D Touch. Most controls are on the lower half of the screen. A new safety feature has been introduced which will automatically recognize when you are driving and turn on the Do Not Disturb. The App Store has also been redesigned for better exploration. Ther is also a How To section now which has tips regarding the usage of popular apps. The App of the Day feature is also back that makes users visit App Store more often.

Apple isn’t just out to get Amazon Echo and Google Home, Sonos home entertainment speakers are also a target. Apple’s speaker, HomePOd uses special awareness to fill a room with sounds based on where it is. It also has a feature called Musicologist which works along with Apple Music to stream the sounds which you requested HomePod’s embedded Siri to play. You can even ask music related questions. There will be two choices of color for the HomePod- black and white. Siri will be integrated into a use case. You can also request it to control your smart home devices or ask it for weather updates or news briefings. The HomePod has been priced at $349. Customers in the Uk, USA, and Australia can have the product by December. Internation markets will get it next year.

iPads that run on iOS 11 will have improved multitasking. You ill be able to split the screen. Just like the MacBook, you will be able to hold and drag files, folders or photos to drop them to a different app. You will also be able to search for handwritten texts written using Apple Pencil on the Notes app. Deep learning will be used to recognize penmanship. There will be a Files app which will be like a management system that you will be able to use to sort files according to size and date.

Apple has introduced a new ARKIT which will let developer make augmented reality apps. The kit will help you find planes, estimate ambient, and scale lighting, and track motion. Apps like PokemonGo will use ARKI for enhanced real-time renders. Instead of need external hardware such as HoloLens by Microsoft, Apple wants to use ARKIT to give immersive quality imaging via a device people already have. 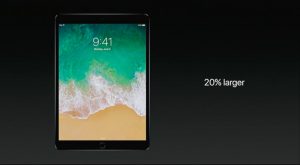 The iPad Pro will be available in 3 different sizes. A new 10.5-inch model has been introduced. It has a 12-megapixel camera along with a 7MP selfie camera. It will support USB 3.0. It has a battery life of 10 hours. It has a new feature, ProMotion, which will reduce Apple Pencil’s latency to 20 milliseconds. It will adjust the refresh rate automatically according to what you are watching. It will double the refresh rate to nearly 120Hz. The new 10.5 inch iPad Pro will have a 64 GB configuration. It will be priced at $649. You can order it now and have it shipped next week. 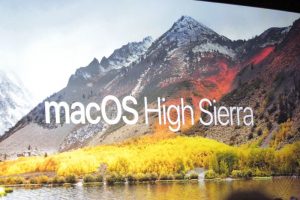 The new version of macOS will be named High Sierra. It will have updates to Safari which will block website trackers and videos that autoplay. New photo-editing tools have also been added. They will be good for people who do not have Adobe Photoshop. It has very good filtering tools which will able to sort pictures according to t faces or keywords. The update will also give you an updated file management system. This will improve the speed of directory cloning via native encryption. There will be a second version of Metal, VR will be supported, and there will be a Metal 2 developer kit which can be ordered with an AMD GPU so that you can tune apps for external graphic.

An Apple Watch update in on the way that will launch new faces which will display different information such as reminders from Siri. There will also be a fitness update which will have monthly challenges to motivate the watch wearer to be more active. There will also be NFC-enabled data sharing that will let user attach Apple Watch to gym equipment to pair them. This will allow information sharing such as calories burned.

Apple has introduced so many exciting features and products. Let’s see how the market response is.