Apple Is Not America’s Favorite Company 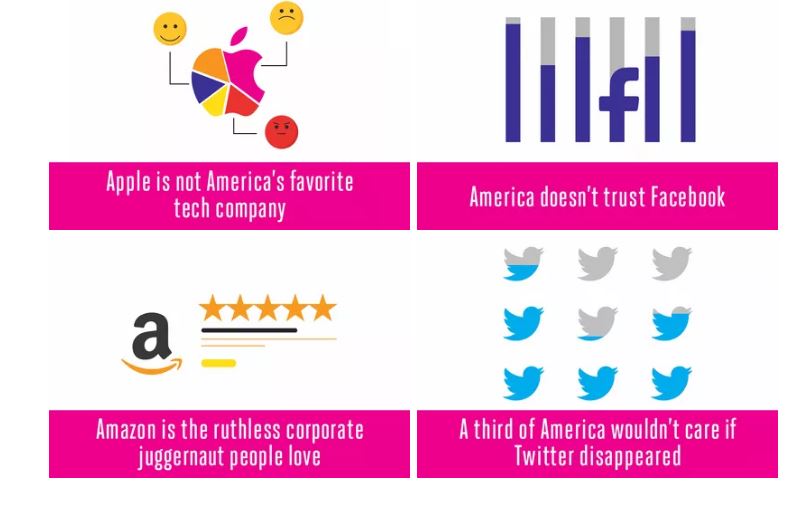 US consumers used to trust Apple a lot. But recently, this attitude seems to have changed. Research company Reticle recently conducted a survey. Apple’s trust level has been far lower than Amazon, Google and Microsoft and other technology companies.

A total of 1520 users participated in the survey. Many analysts believe that Apple still has a great impact on the industry, but the positive impact seems to be reduced, while the negative impact seems to intensify. The survey questions include the satisfaction of the company’s products and services, the negative impact of the score, whether the products and services will be recommended to friends and family, product trust and consumer enthusiasm. Apple did not rank on anyone of them on the first position and mostly took the middle position.

Last week, CNBC claimed that Apple CEO Tim Cook’s intends to leave, and revealed that he has begun to plan to train the next Apple CEO, who will most likely be the company’s senior vice president of retail Angela Ahrendts. Subsequently, Ahrendts directly denied the relevant rumors.

When a new retail store of Apple Chicago Michigan Avenue opened, Cook and Ahrendts attended the opening ceremony. The media surely did not miss the opportunity.The media asked Cook and Ahrendts directly about Apple’s successor, and Ahrendts borrowed the classic quotation from US President Donald Trump to answer: “Fake news!”

For detailed results, read about American’s trust in Apple. Reticle partnered with Verge for this survey.