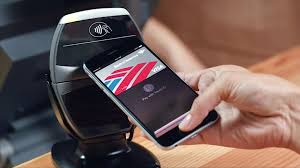 Apple Pay has been operation China for quite some time, but it did not perform as well as the domestic payment services. Recently, Apple Pay has collaborated with a number of retailers, commercial banks, online payment for consumers to provide discounts up to 50% in China.

The promotional time is from July 18 to 24. Apple is offering discounts up to 50%. Apple is also offering rewards more than 50 times the usual number. These discounts and rewards will be available at 28 retail outlets and 16 online stores. These major retailer partners include 7-11 convenience stores, Burger King, Starbucks and Pizza Hut and so on.

The problem is that most countries where Apply Pay was launched hadn’t really experienced mobile payments. The case is different in China where WeChat and Alipay are quite popular. Alipay and WeChat Pay has 53.7 % and 39.5 % of the market share as of the first quarter of 2017, respectively.

At the same time, some commercial banks have also provided a lot of discounts for Apple Pay. If you use Apple to pay using your credit card, you will get the points which will be increased by 50 times. In addition, the incentives provided by commercial banks are not limited to these retailers.

Apple Pay currently has a pay-per-view share of 0.25%. A total of 1035 sites to support the Apple Pay. Apple Pay’s market share is far more than Google and Amazon, but this is still not enough to let Apple beat PayPal. PayPal’s payment service occupies the top two, one is standard payment service (2.36%), one is through the “subscription” button to provide payment services (0.98%).

The main reason for the increase in Apple Pay’s trading volume was the result of an expansion of the international market for most of the last year. In addition, Apple Pay has entered the Japanese and Russian markets. Cook also revealed that Apple Pay will enter the Spanish market next.