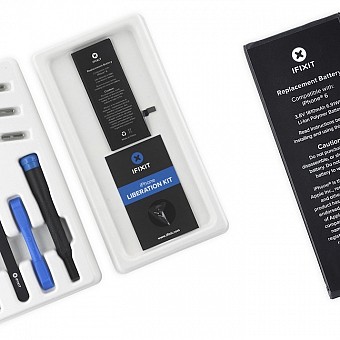 Apple is now starting its battery replacement program for € 29 instead of € 89.The Apple told Axios that it was able to start doing so right now, after initially planning to start at the ” end of January “.

Apple no longer mentions the month of January and is reminiscent of the end of the program in December 2018. There are no more details on the replacement arrangements. It is sufficient, at first, to make an appointment in the Apple Store. On the other hand, we must expect that stocks of batteries are limited in the very beginning, says Apple. The Apple should normally provide a little more clarification soon, if only to say if other partners can provide this intervention, for all those who do not have Apple Store near their home. The affected phones are iPhone is 6/6 Plus, 6s / 6s Plus, and SE.

Also Read: Apple’s New Store Is Not Suitable For Snow

Apple has started the program sooner than expected to restore its reputation. Some offline U.S. retail outlets in the United States have been able to offer replacement services at the new price (the US $ 29 in the United States), but there is a problem that Apple emphasizes that initial supplies may not be as abundant and need gradual improvement. According to field interviews with the 12 stores show, of which two can take the same day, and seven take the machine the other day.

Apple had earlier apologized for slowing down its old phones. Apple had admitted that it deliberately slows down iPhone to compensate for old batteries. Developers had discovered that the operating system was throttling the performance of iPhones after testing many models. A lot of iPhone users have filed a lawsuit against the company.