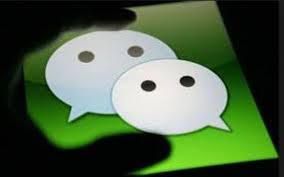 Apple wants a share of the tips paid to content creators by users via WeChat. WeChar is the most popular application in China. A lot of tips are made by users every day as a token of appreciation for content creators. Apple has introduced two new policies which will directly affect WeChat. This can create problems for Apple in China. According to Apple’s request, on the iOS3.5.3 version, the tipping function will be connected to the IAP payment mechanism. The company will deduct 32% of the tips as a fee, that is, the user can only get the remaining 68% appreciation.

The Androids user will not be affected by this change. According to some reports, the tipping function has been modified. The users will get their payments in 10 days after a complete audit. Apple has a complete grip on what iOS apps can do. For a while, there was an unclarity about the fate of the tipping function. Now, there are new rules in the App Store Review Guidelines, which were updated this week. According to the rules, tipping will now be considered an in-app purchase and will have to comply with App Store payment mechanism. This is what Apple says:

If you want to unlock features or functionality within your app, (by way of example: subscriptions, in-game currencies, game levels, access to premium content, or unlocking a full version), you must use in-app purchase. Apps may use in-app purchase currencies to enable customers to “tip” digital content providers in the app. Apps may not include buttons, external links, or other calls to action that direct customers to purchasing mechanisms other than IAP.

App tipping is very popular in China. Tips are a token of appreciation. It is a digital thank you said via mobile wallets. A lot of Chinese live streaming apps also have the function. The tipping function has now been disabled for Apple users. If you reject the ban, you will not be able to provide users with an updated version of the app or even remove them from the App Store. Tipping is only allowed now when you buy virtual coins from WeChat, and use Apple’s internal payment mechanism. You can send virtual coins to content creators as donations. For the iOS apps, Apple gets a 30% share of all the purchases, be them from the app store or inside the application. Tipping is very popular on WeChat. It is said that a considerable amount is transferred every year on the app. WeChat has around 938 million active monthly users. 10.&% of its users have used the tipping feature, according to the China Academy of Information and Communications Technology. From them, 37% said they pay around 5 to 10 yuan. Normally, iPhone users are wealthier than Android users so it’s safe to assume that a lot of tips came from iPhone users. This means Apple was missing out a lot. It is not known yet how WeChat will implement the new policy. Will users be able to convert virtual currency into cash? This move is likely to upset WeChat content creators. Their income will go down by 30% and they might not be able to use virtual currency outside of WeChat. WeChat will now be a middleman for donation makers and receivers. WeChat will have the job of distributing donations after Apple takes its slice of the share. In-app purchases are subject to taxes in China which will be good for the government. The virtual coin mechanism may seem alien to some. WeChat is so popular in China that these new policies might upset a large number of users. In May, Apple forced WeChat to remove the tipping button. Apple has also introduced a new policy in the Apple Developer Program License Agreement which will target WeChat’s mini programs. Mini programs are basically apps within apps. This can give some competition to App Store.

In May, Apple forced WeChat to remove the tipping button. Apple has also introduced a new policy in the Apple Developer Program License Agreement which will target WeChat’s mini programs. Mini programs are basically apps within apps. This can give some competition to App Store. According to the new policy, apps can not be shown in a store-like interface. Basically, Apple wants to control how money is made on its platform. Apple is being insecure, probably because iPhone sales are declining, especially in China. Apple needs new ways to make money. China is one of the biggest consumer markets in the world. It could be a good country for long-term growth. Tips are so popular in China, why wouldn’t Apple want a share of them. In fact, other countries might also adopt this tipping feature. But, Apple must be really careful here. One small slip can make it lose a lot of users. The Chinese government is very protective of the businesses in its country. If China sees Apple as a threat, it might take some drastic measures against it. China is already under investigation in China regarding pornographic content on its live streaming apps.

Although Apple has come up with a policy, we do not know how smooth its enforcement would be. Apple should be very cautious. For a 30% stake, it could lose it all.

Do you think Apple is being greedy here or is it a smart business move that will increase revenue? Share your thoughts with us on the WeChat Apple issue in the comments section below!