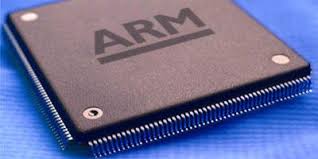 The ARM-based DynamIQ technology-based mobile processors are Cortex-A75, ARM Cortex-A55 CPU and ARM Mali-G72 GPU, including Cortex-A75 and Cortex-A55. The features are as follows:

AI performance tasks based on DynamIQ technology with dedicated instructions. It will take the next 3-5 years to achieve artificial intelligence computing performance which is 50 times better than what we currently have.

The use of DynamIQ big.LITTLE technology

It has more powerful multi-core features and flexibility.

Used in the terminal equipment for the SoC to provide security and defense.

According to forecasts, equipped with A75, A55, G72 processor mobile devices will be available in the first quarter of 2018 in the market.