ATM With Windows XP Are Vulnerable To Hacks 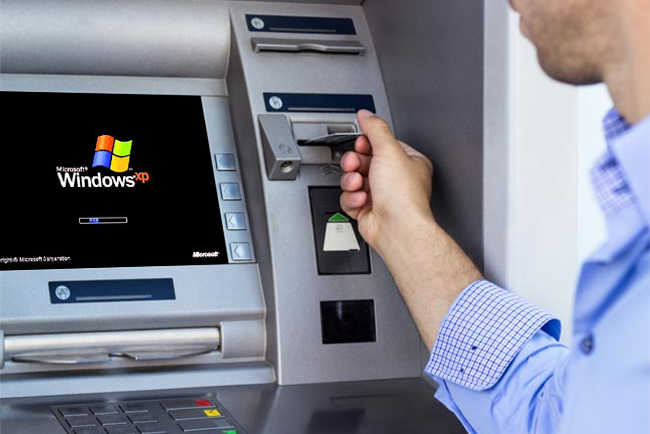 A feature that is still included in Windows today has led to the creation of a serious security vulnerability due to the failure of a Russian bank, which could allow attackers to gain full access to an ATM.If the user presses a certain key on the devices, he can penetrate the normal Windows desktop.

As the Russian website Habrahabr reports, one of its members, while using an ATM at a branch of Russian Sberbank, noted that it is curiously possible to gain access to the user interface of the operating system installed on the machine in the affected devices. In a video, the customer showed that he still had to just press the shift key five times or just hold the still-obsolete Windows XP computer to get the so-called Sticky Keys dialog. Using the Windows keyboard lock feature, you can usually specify that pressing the Shift key several times will cause a “snap-on” to persist in large letters.
Also Read: Windows 7 Update Does Not Work

The dialog also makes it possible to invoke the Windows settings, which also displays the taskbar and other parts of the normal Windows interface. According to the “experts”, it was possible to interact with the Windows XP using the ATM’s touchscreen. As a result, for example, the batch file to start the ATM interface could be stopped and, if you wanted, even switch off the software used for the operation.

Also Read: Cortana Gets A New UI On Windows 10 Laptops

So far, the Sberbank has apparently still not get the problem under control, because the author of the report for the first time succeeded in accessing the surface of Windows XP on the ATM by pressing the Shift key fivefold two weeks ago. Although he immediately called the technical hotline of the machine operator, in which he was also assured that the problem would be rectified immediately, until yesterday, the method was supposedly still working.