Bill Gates is not the richest man in the world now – Want to know who is? 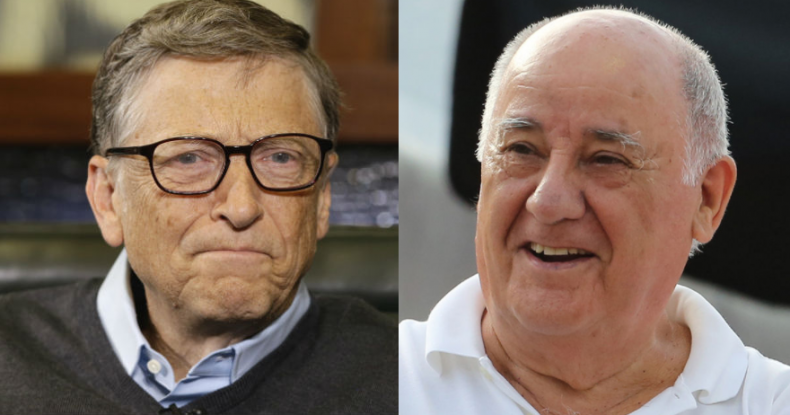 The Forbes list of richest people in the world, has just come out and it seems that there has been a major upset. Bill Gates, who has been on the number one spot for the past many years (though not consistently as there have been very minor breaks) is now on a second spot by a whopping margin of $200 million.

And the person to clinch the top spot is a Spanish billionaire, Amancio Ortega. If you have not heard of him, that is okay, you must have heard of his companies. He is the co-founder of Inditex as well as its subsidiary high street clothing line Zara, which has been favorite for people all around the world. The company is head quartered in Galicia and has other famous brands under its belts too, like Massimo Dutti, Pull and bear and Stradivarius. He co-founded the brand Inditex in 1975 along with his wife Rosalie Mare. He was a small time clerk before founding the company. He soared to heights of wealth some years later although he chooses to remain away from limelight.

It is not the first time that Amancio has been the richest person in the world. He has been there before, three times, each time losing the title to Bill Gates within a few hours. This time let us see how long his reign at the top spot remains. Bill Gates basically lost the title because he has donated 4.6 billion of his money in charity. Among the top three, on the third position is Jeff Bezos, the founder of Amazon.

The net worth of Inditex co-founder is estimated to be around 85 bn dollars and Bill Gates, is closely following with a worth of 84.9 bn. Talk about close call. The net worth of third spot holder Bezos is 82.5 bn.

So now let us wait and see whether this situation persists till the stock market closes. It usually does not. Do you think Bill Gates will retain his title soon? Let us know by commenting below.