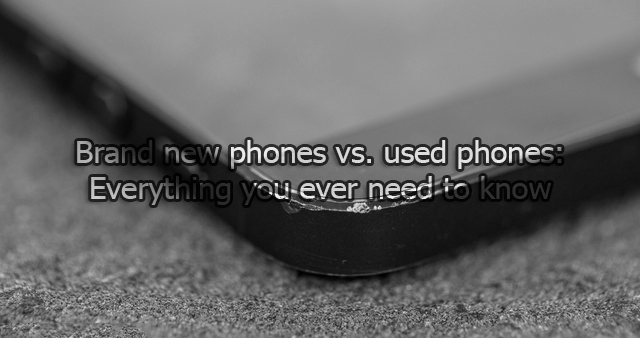 A large number of smartphone consumers do not have the financial capacity to shell out tons of money on a high-end device that features impressive hardware. In order to get the most out of their purchase, majority of them resort to purchasing used smartphones, which might feature reduced price tags, but even these products have impressive configuration and perform well as long as you take care of them.

However, when it comes to appearance, performance, durability battery life, and pricing, there are going to be a ton of differences separating brand new phones and used ones. In order to help out consumers in making their purchasing decision an extremely simple one, we will compiling the common differences between a used phone and a brand new one.

Here is what a brand new phone looks like

The very first thing you will notice between brand new and used phones is their physical appearance. Depending on their usage and how they have been used (roughly, or with extra care), used phones will have scratches on all parts of the screen, along with tiny dents that cover each part of the surface. If the phone is made up of metal, then you can be sure that there will be areas of rust build up, particularly one at the charging port. As for a new phone, it will be completely untouched in terms of appearance, scratches and dents. The packaging will be completely new as well, indicating that all the accessories are in place.

However, if you are getting a good deal for the smartphone, there is absolutely no reason why you should not purchase a used phone.

As far as the performance difference between both types of smartphones goes, there is absolutely no difference in performance as far as the processing speed is concerned. However, there are other factors that will determine the performance level between the two smartphones. Used phones will have usually have unnecessary applications that were installed by the previous owner, so they consume valuable resources ranging from processing speeds, RAM consumption and of course, storage. 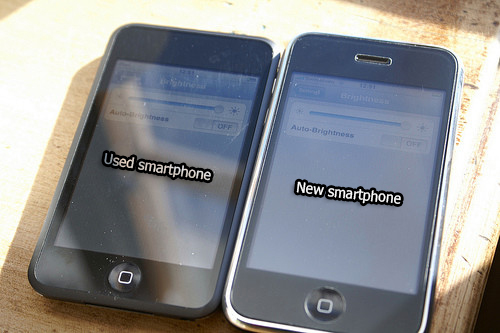 When you have purchased a used phone, you might find that while it features decent hardware, it does act sluggishly at times. This is primarily due to the number of applications installed that eat away memory and storage, so it is considered really good practice if you uninstall these applications that you will not be using in order to free up both space and RAM. If the unnecessary applications are removed, you will quickly find that your used smartphone will start to perform much better.

Since used smartphones already have a ton of scratches and dents covered on its body, it obviously means that it does not have that much durability as compared to brand new phones. Now what exactly does the term durability mean? Durability has got to do with the overall lifespan of the smartphone. Since the device was used by a previous owner, and was treated horribly, it will have a small amount of durability and might not work properly after a short time duration (such as 2-3 years), prompting you to purchase another one. 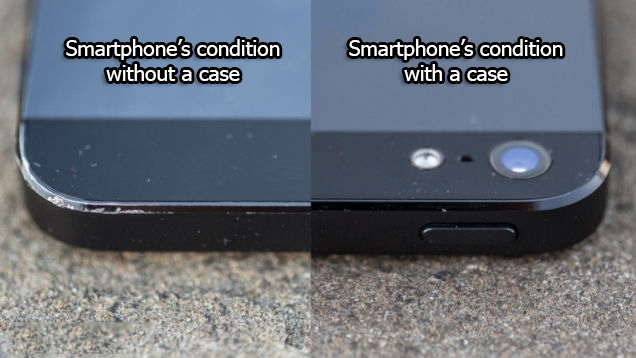 In order to increase the longevity of your used phone, it is recommended that you purchase a durable smartphone case, along with a screen protector. These items will protect the insides of the used smartphone, allowing you to continue using your handset for a much longer period.

Purchasing a used phone will definitely mean that you will have make a few sacrifices along the way; one of them being battery life. If a used smartphone has a 3,000mAh battery, it does not necessarily mean that you will be able to get battery life worth 3,000mAh. This is because the used phone has gone through several charging cycles, which has ultimately reduced the overall battery capacity to perhaps 2,500mAh, or even 2,000mAh, depending on the amount of charge cycles.

When this happens, you will experience significantly less battery life as compared to when you purchase a brand new smartphone. You should also be reminded that the higher the temperature of the smartphone, the more stress will be exerted on the battery life, resulting in an even reduced battery capacity. If you do successfully purchase a used smartphone, and you care a lot about getting as much battery life as possible, then try to keep the used phone running in its temperature limits.

Here were all the differences that you needed to know between a used phone and a brand new one. Perhaps the biggest one will be the huge price difference between both handsets and depending on the overall condition of the handset, you might have to pay far less than what you originally intended to. So are used phones really the best option out there?

If you want to save a ton of money while experiencing the same mobile computing performance, then it is recommended that you go for used phones. However, keep in mind that vendors provide limited warranty to these kind of handsets, which may, or may not be entertained, depending on the type of hazard that effected your gadget.