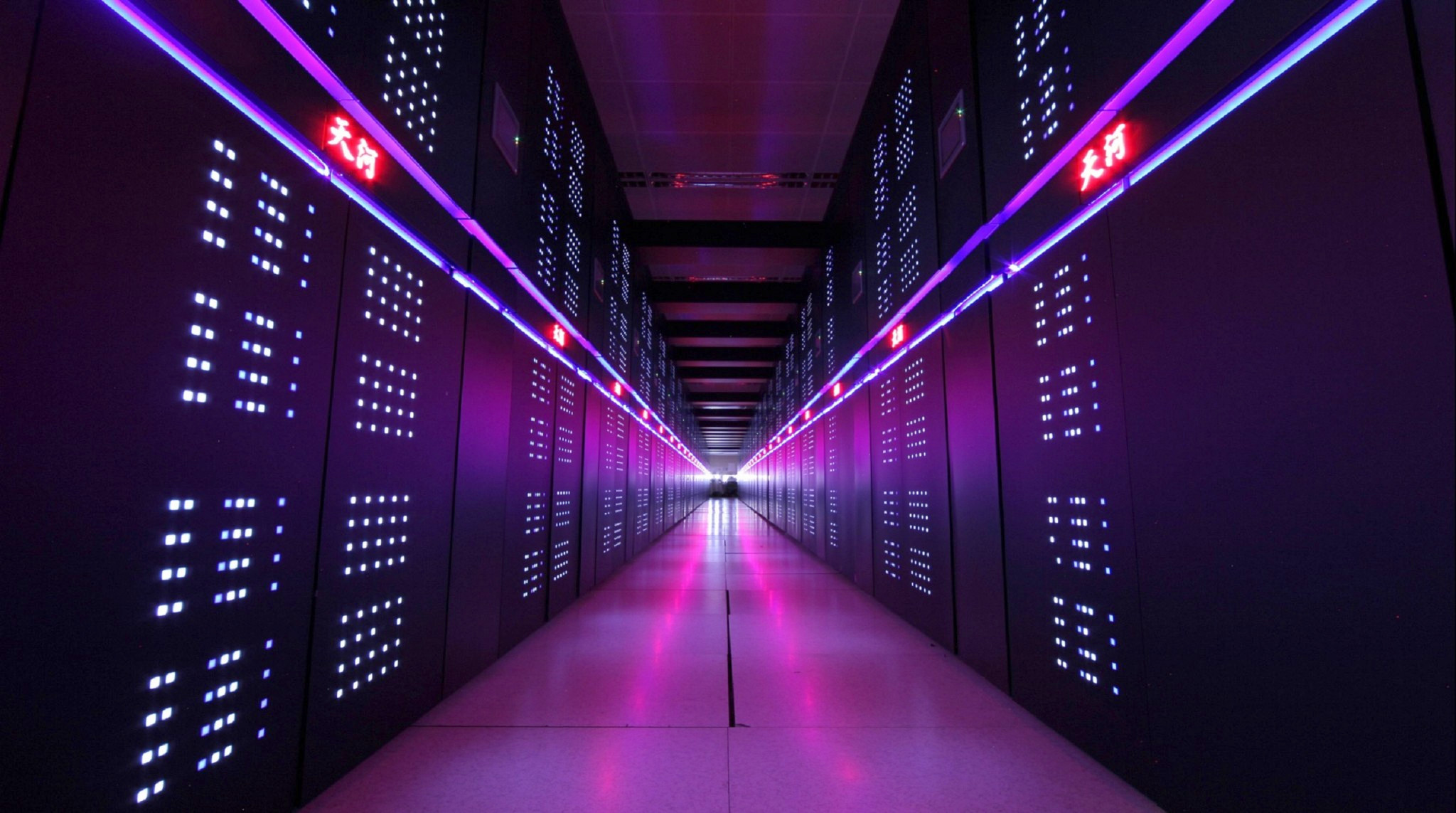 China has actually succeeded in expanding its dominance in supercomputing by another aspect.The country not only builds the fastest computers in the world but also ranks first in terms of quantity. Nowhere else are there so many computers that belong to the 500 fastest machines in the world.

In the semi-annual Top 500 list of the fastest supercomputers, the US was still in the lead in June. If you did not play at the top, you still had 169 units to offer the most high-performance systems in the world. China was just behind with 160 pieces. It only took six months for the Asians to pass by – and not just a little: China occupies whopping 202 places in the newly published Top 500 list, while the United States only comes to 143. Incidentally, Germany dropped from 28 to 21 here.

And China has also taken the lead in terms of aggregate performance. Over 298 million Gigaflops create the computers in question together, the US is well behind with 250 million gigaflops. It is followed by Japan with 90 million and Germany with 38 million gigaflops.

Also Read: Apple Pay Launches Promotional Campaign In China
Meanwhile, nothing has changed at the top. China’s Sunway TaihuLight continues to be in first place with its 93 petaflops – and has been for two years now. Behind it is also still the Tianhe-2, also China. And the third Piz Daint had picked up in June with 19.6 Petaflops first time makes a rank for Switzerland. Then first the Japanese Gyoukou comes with 19.1 petaflops.For the time being, the US only remains in 5th place, on which the no longer dappling Titan with 17.6 petaflops settles.

The fact that there is hardly any movement at the top for some time, however, is not because no one would need faster systems or they would not build. Rather, in many cases, the financial outlay for relatively small upgrades is not worthwhile – at least in the face of the intended leap into the exascale area. A qualitative increase in the results produced by supercomputers is expected when the machines perform for the first time around 1 Exaflops. Engineers and scientists are working at full speed on various teams around the world.