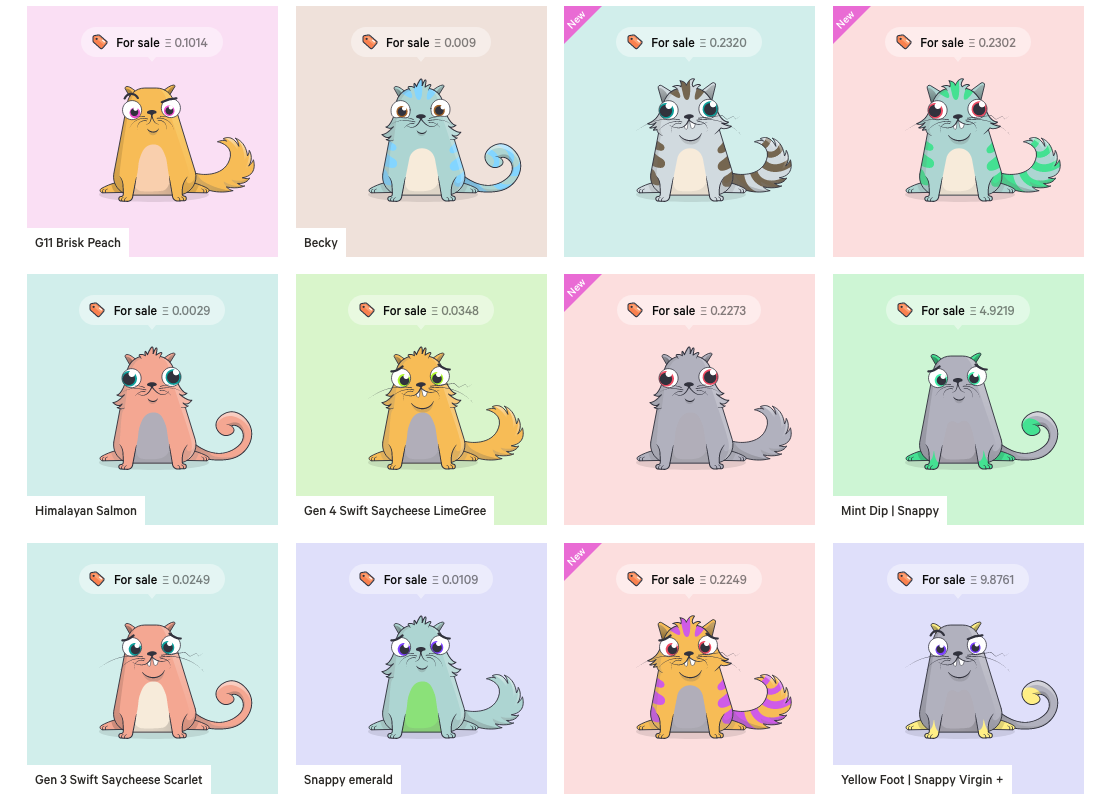 At the end of last year, ‘CryptoKitties’ one of the first games based on the blockchain of Ethereum, which with a similar mechanics to games like Pokémon -or even Tamagotchi-, has shown that the segment of the cryptocurrency continues to gain strength.

The game, which bases its mechanics on buying, selling, collecting and raising virtual cats, manages 15% of all transactions that are made within the Etherum platform and some cats have been acquired for a value over 100,000 dollars. Given the success of the game and its more than 250,000 active users, its creators, AxiomZen, have decided to take it to mobile devices.

The mechanics of the game is very basic. In it, you can buy or sell the cats through payments made with ETH. These payments are made through MetaMask, the extension for Chrome and Firefox browsers that allows you to send and receive money to and from Etherum portfolios.

The game will jump from its web version to mobile phones first in China, a country where precisely they have not yet been able to enjoy it, due to the blockade suffered by MetaMask for the Great Firewall that blocks the access of citizens to countless sites foreign websites. However, despite the censorship, the Chinese public showed interest in the “crypto-selectable” kittens and clones soon appeared, which led AxiomZen to sign an agreement with the Hong Kong-based developer, Animoca. Brands, to distribute the game in the Asian giant.

The game will reach China in its mobile version despite the repression that the Government exercises on the operations with cryptocurrencies. Cryptokitties will debut on mobile devices (starting on iOS) on February 16 in China under the name of “my lian mao” in Chinese, something like “Cat Obsession” in English. It is expected that weeks later it will reach the rest of the markets, but there are still no confirmed dates.
Also Read: A Beginner’s Guide To Cryptocurrency

But it seems that the game, which will include a separate portfolio function of MetaMask, will not come with all the options available to China. The Chinese Government exerts a harsh repression on operations with cryptocurrencies, something completely contrary to what happens in its neighboring country, Japan, one of the countries in which the financial regulatory body is the most benevolent at the time of awarding licenses to work with virtual currencies.